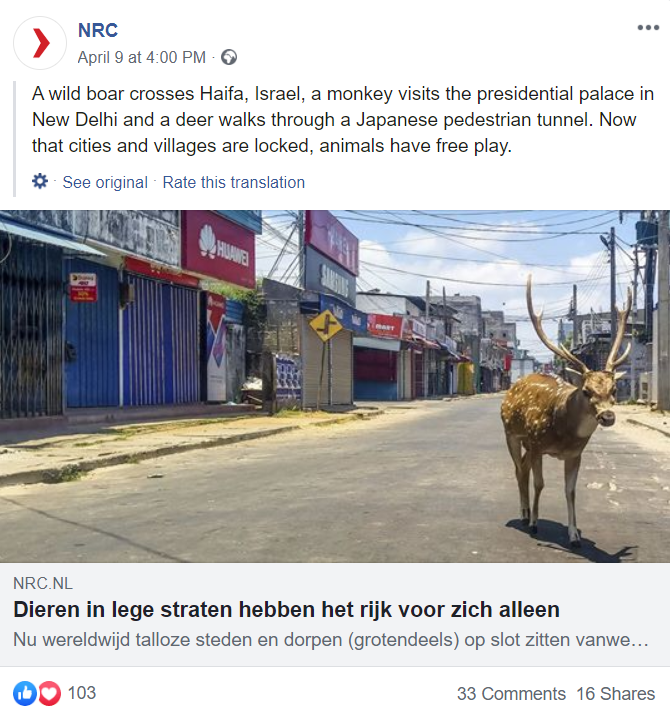 Now that cities and animals are locked, animals have free reign – NRC made headlines of wild boars, coyotes, deer and other wildlife roaming around town. Such an extraordinary thing to witness

But fake news and hasty conclusions are lurking. The news of wild boars in Haifa, for example, was reported before the crisis. “Coyotes in San Fransisco” has been around much longer. The deer in Romford? Already in the Daily Mail in 2019. Monkeys in Delhi, nothing new. Apparently it is also a bit of a perception and we notice that all those animals were always around.

So connecting everything to coronavirus is going too far. Nevertheless, I am curious about reports about animals in the city that can really be linked to the corona crisis.