Opening:  Saturday December 15, 4 pm—6 pm
With performances by, amongst others, the Taciturn Receiver 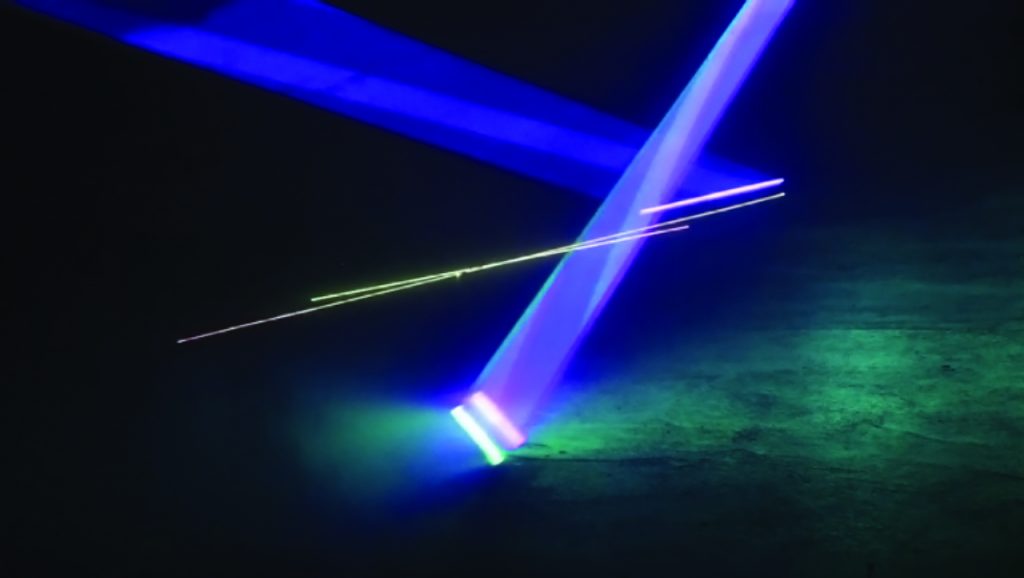 In the dark winter months, the glass cubicle of het Glazen Huis and the surrounding park area will become an inverse panopticon. A kinetic light sculpture, placed inside, will produce a deliberate play of colorful reflections in the daytime. As evening falls, it will transform and expand itself into the park by emitting the laser lines, crosscutting the trees and bushes around with a thin line of light. The evolving pattern of natural shapes will become visible to the observer. As an allegory of the panopticon, the scanning eye of the laser beams flowing through the glass windows, and the machinery behind, will become themselves the object of the observation.

The light sculpture is visible outside in the park on a daily base from 2 pm till 7 pm. 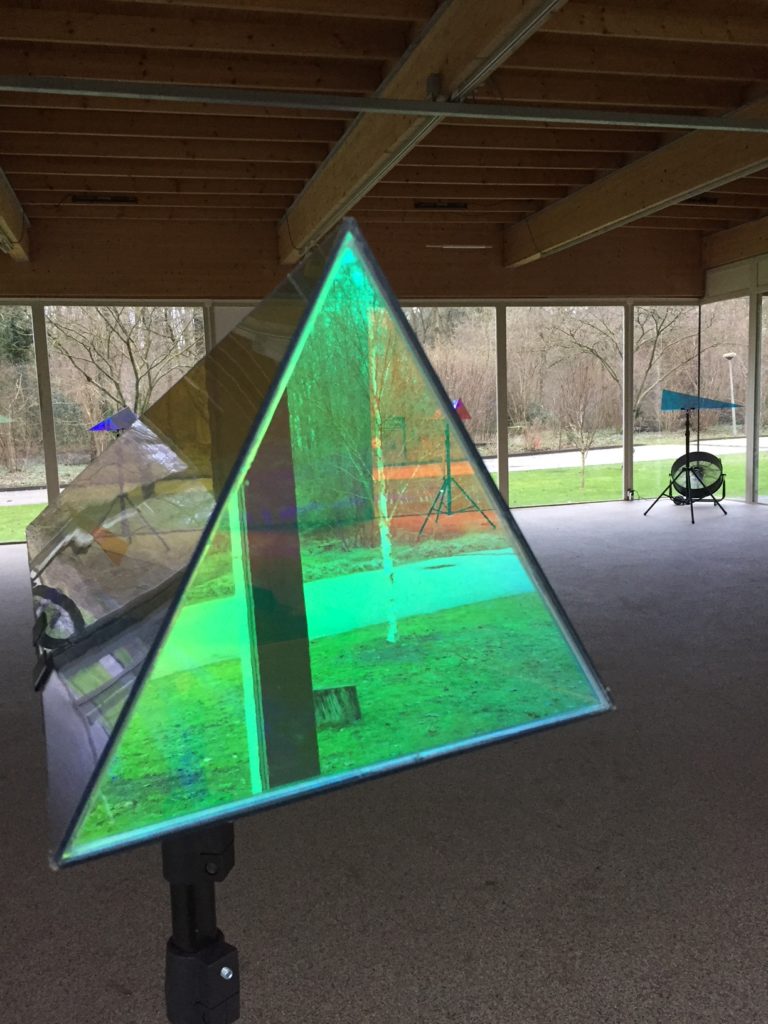 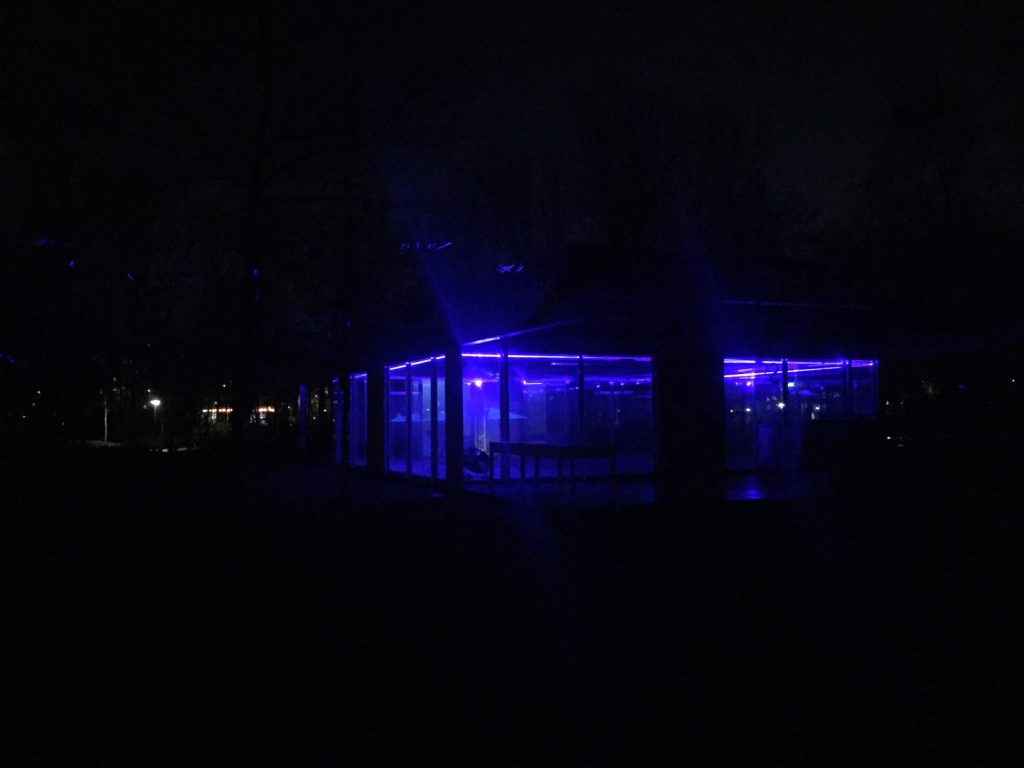 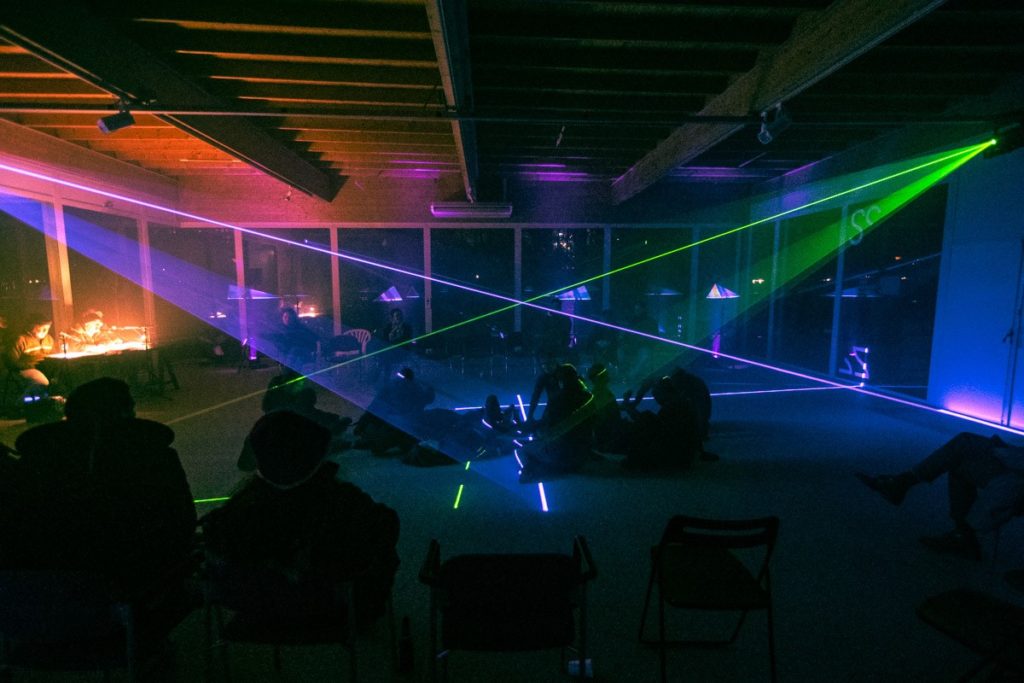 This exhibition is made possible by: