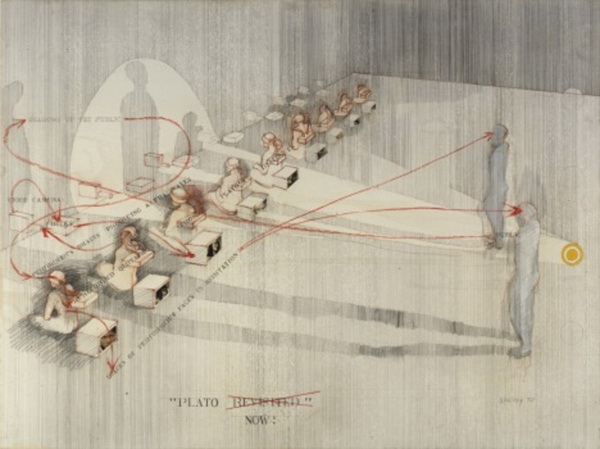 Los Angeles artist and curator Robert Crouch will present the early performance work of video art pioneer Juan Downey (1940–1993) as part of a current overview he is preparing on Downeys work for the Ghetty Foundation. Born in Chile, Downey moved to Paris in the 1960s and later to Washington, D.C. where he developed a practice combining interactive performance with sculpture and video. Deeply influential to new generations of artists, Downey’s video layering techniques and interactive sculptural works arguably presaged the aesthetics of cyber-culture as we know it today. His installation strategies employing the architecture of the space, and use of emerging technologies set the stage for a range of artists from John Duncan, and Stelarc to contemporary digital and net-based artists such as Natalie Bookchin and Yung Jake. While his drawings and videos have received a resurgence of interest in the past two years, a crucial aspect of his output remains obscure and unknown: the performances. 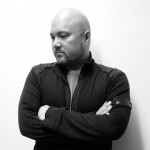 Robert Crouch is a Los Angeles based artist and curator who works across a wide range of media including photography, sound, installation, video, and sculpture. He has exhibited in San Francisco, Los Angeles, New York, and London, and performed at venues including the Art Center College of Design, Human Resources, the Hammer Museum, the Los Angeles County Museum of Art, and the Stone.

Crouch is the former Associate Director/Curator at LACE, where he organized Resonant Forms, an electronic music festival exploring the relationship between sound, installation, and video, and curated projects and performances by artists including Karen Lofgren, Sean Sullivan, Margo Victor, Yann Marussich, Steve Roden, Gina Osterloh, and Margie Livingston. He is currently the Director of Artist Programs at Pasadena Arts Council and the Curator of the AxS Festival, where in 2014 he presented the North American premiere of Sphæræ, a large scale public installation by Dutch artist Cocky Eek. He is currently curating a new performance project with artist/choreographer Taisha Paggett, and co-curating a survey of performance work of the late Chilean artist, Juan Downey as part of the Getty initiative, Pacific Standard Time: LA/LA.