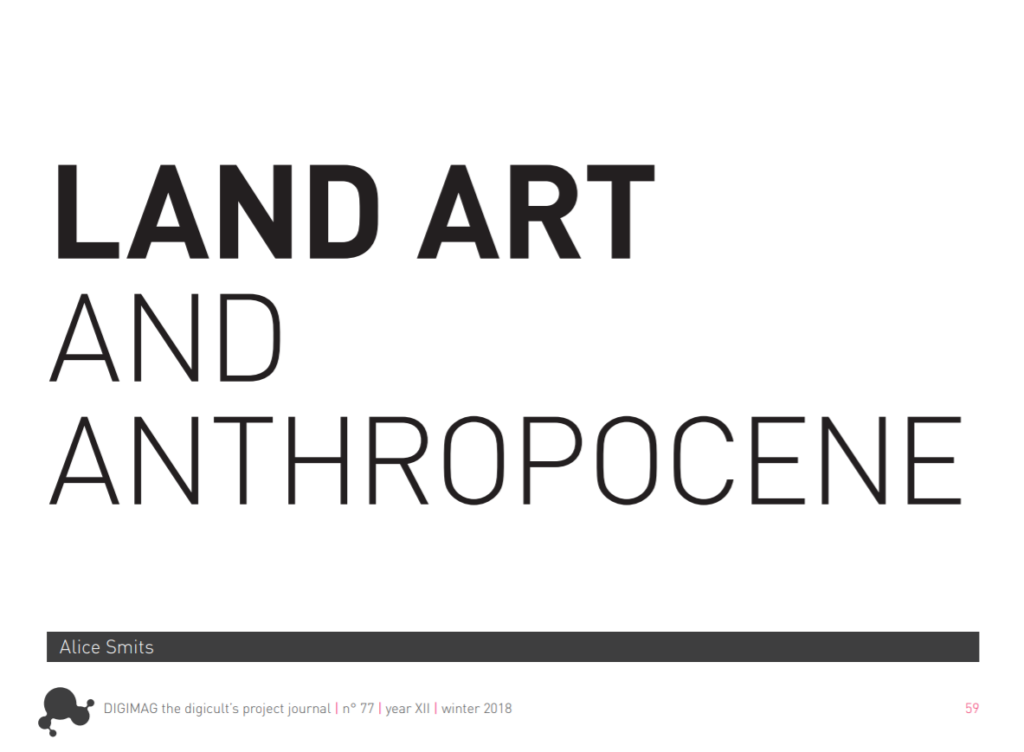 Zone2Source’s artistic director, Alice Smits, contributed a chapter to the DIGIMAG journal, issue 77, Winter 2017-2018. The chapter titled “Land Art and Anthropocene” addresses the ecological crisis the planet is facing and proposes the focus on land art as an alternative way of projecting our world view.  Smits also discusses the term Anthropocene – its precision, appropriation, and implication of the true relationship between human and nature. Coming back to the issue of a need to develop a proper eco-sophy, Smits proposes radical pedagogies where art plays an important role as a form of knowledge.

To this she adds, “While the art world has seen a decade of large blockbuster exhibitions dealing with the thematics of nature, it has difficulty to embrace this kind of art that truly sets the art to work in the world. Nor does it reflect on its own institutional culpability, its relational structures of exclusion and inclusion, its ties to corporate industries for financial support, to even begin to develop an ecosophical practice. In the following I will explore various strategies which are developed in current art that deal with relations to land and often, though not exclusively, occupy spaces outside of the established art institutions. Far more than taking environmental problematics as its subject matter it is about
experimenting with new forms of being and knowing, new approaches to the earth, as well as the search for a new validation of nature amongst which new articulations of commons and communality.”

You can read Alice’s full chapter starting on page 59 in the magazine here.

In the press, News