Black² is a tribute to the 100th anniversary of Malevich Black Square. The exhibition reflects on the meaning of this seminal painting for contemporary artists who deal with phenomena from the natural sciences.

When he first presented Black Square in the 0.10 exhibition in 1915, Kazimir Malevich unleashed among the deepest secrets underlying the “objectless” nature of physical reality. From black-body radiation to the eventual prediction of black holes, the indelible Black Square evokes the quantum revolution that took the world by storm. “By 1918 Malevich had moved beyond electromagnetism to depict the world about him as ultimately formless and colorless energy. That year he produced his first white-on-white painting, a white cross on a white canvas. The square had shed its material being and merged with infinity in a glare of pure whiteness. Malevich had entered the fourth dimension, achieving a sort of cosmic consciousness, a nirvana.” writes Arthur I. Miller  in Colliding Worlds.

Today, now crossovers between art and science are increasingly in the spot lights of the art world, a new revolution is in the making. In Black² the radical aesthetic, philosophical and social ideas of Kazimir Malevich are re-examined through the prism of the pivotal scientific, cultural and planetary transformations of the past 100 years. The birth of quantum physics, space exploration, astonishing urban and geopolitical transformations – seminal changes intuited and pioneered by Malevich in aesthetics, today propel the creativity of artists inspired by his utopian vision of Supremus and suprematism. Their work has moved from metaphors expressed though paintings and architectonic models to direct sensory explorations of physical phenomena. Nanomaterials that offer almost complete light absorption, levitation techniques, and coherent light sources such as lasers constitute the palette of Malevich’s revisited legacy as this exhibition will show.

Black² is organised in co-operation with Synergetica Lab. 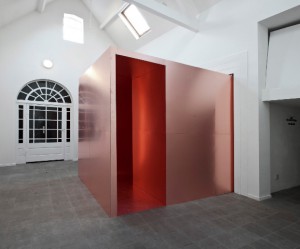 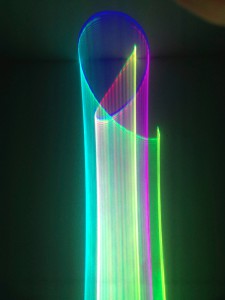 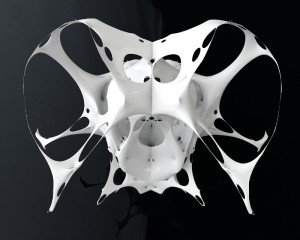 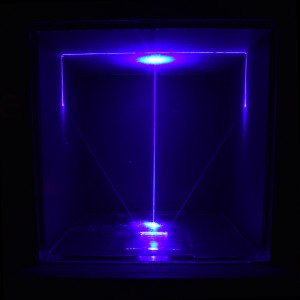