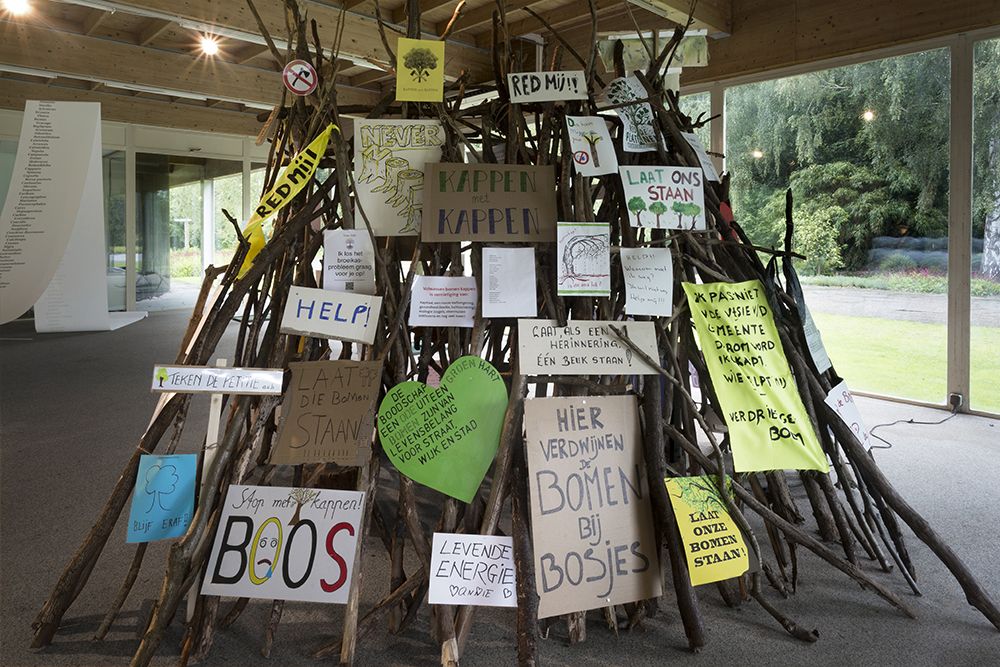 Clear Cut – a project that Wouter Osterholt developed during his participation in the artistic research programme Exploded View, in which 10 artists researched new possibilities for the park– utilizes the Amstelpark as a site for an ecological disaster exercise resulting in a film, exhibition and gathering in the Glazen Huis. During the Floriade Expo of 1972, the rise in worldwide environmental awareness was not noticeable. Now, 50 years later, that the impact of humans on the Earth has become an unavoidable fact, Osterholt questions how a park in the urban city can serve as a place for environmental activism.

Within the span of two weeks, there will be multiple actions/performances carried out by two actors in different locations inside the park that are based on tree protests that have taken place in the last decades in The Netherlands. The actions/performances will be filmed along with passers-by, who can perceive these actions as real protests, will be interviewed. By placing these historical events in the present, visitors will be encouraged to have discussions about the value of trees en parks for city dwellers. The resulting film will be screened at the end of the exhibition and a conversation will be held between the public and activists about the sense and nonsense of resisting the cutting down of trees in The Netherlands, the relationship between humans and trees, and the role of art and activism. The Glazen Huis is the action centre presenting an installation with replicas of banners, flags and posters that hang from a railing system in the space along with a storyboard.

Clear Cut is an experiment for public engagement in the public space that rethinks the city park as a site for environmental activism.