From 15th of December to 2nd February 2020 Zone2Source will present, in collaboration with The Warp, Congress of Glassolallia, an installation of light, glass, and sound that can be experienced from the outside of Het Glazen Huis. Recommended viewing time is after 4 PM during sunset. On 15 December, 12 January and 2 February het Glazen Huis will be open for a series of unique performance events. [read on after the image] 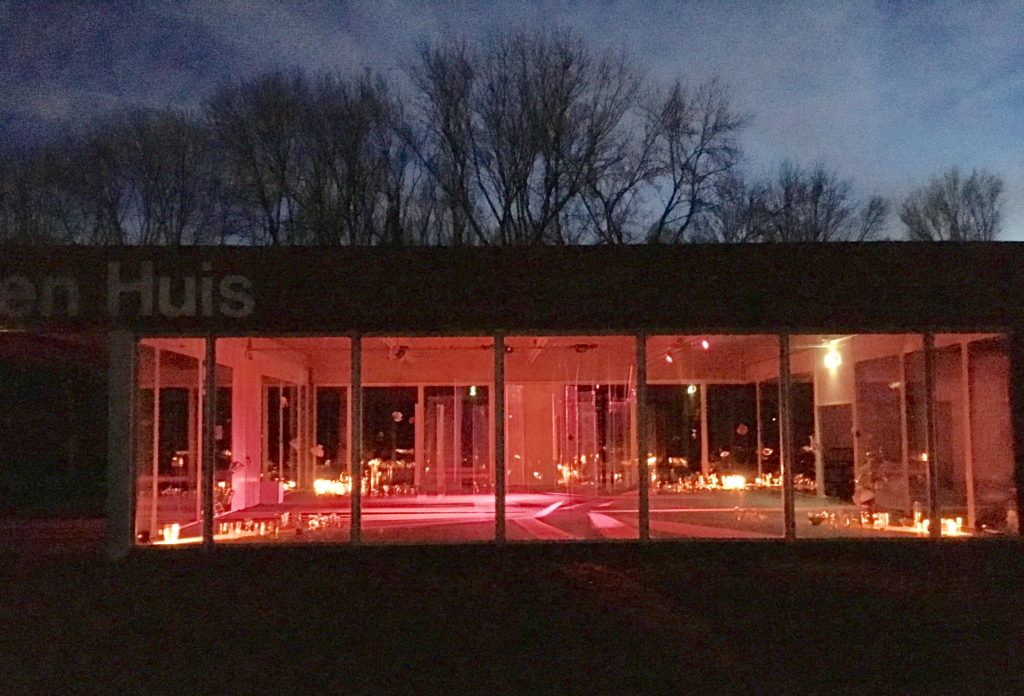 Each year, Zone2Source invites The Warp, known for their unique multi-media performances at the nearby Kunstkapel (www.thewarp.org), for our winter programme. During these dark days, Het Glazen Huis is the perfect setting for The Warp’s light artworks. The Warp has produced and curated a set of specific works to explore the mysteries of glass, light, optics, reflectiveness and the unique spaces of altarity which it conjures. The installation and décor is a result of the performance of The Glass Chain Correspondence by the October Collective.

The changing lights and instrumentals entrapped within the glass walls resemble a kaleidoscope to passers-by. The installation triggers a new kind of visual and audio perception and challenge spectators’ idea of reflection, transparency, fraction, echos, and synergy between materials.

The performance night leads up to a light installation, which is on view daily from outdoors in the following weeks. We are expecting stages of a performance series in January and a closing event in February.

Performance on 15 December 2019, 7 PM
For the opening night Saturnalian Festival of Lights we welcome our guest with soup and gluhwein to celebrate the winter. The programme includes works from various artists. The Ensemble Todo Modo (Alan Purves, Dirk Bruinsma, Robbert van Hulzen and Christian Smith) will perform a set of Glassolallias, music made entirely by instruments of glass. Members of The Shark Infested Custard will perform The Gem Stone Operations, very miniature operas based on outlandish conspiracy theories. The Supernumeraries (Maria Mavridou and Izabella Pacewicz Wsocka) will create a movement piece based on reflection from Thru the Glass Darkly and The Afterwords Searchparty will contribute an audio visual experience The Precise Cut of the Sutra.

Performance on 12 January 2020, 3-6 PM
The Ensemble Todo Modo (Dirk Bruinsma, Robert van Hulzen, Bart de Vries and Frank Rosalie) performs Selected Glassolallia – music made entirely on glass instruments. The Afterwards Search Party (Anthony Murrell, Lise Brenner, Andreas Tegnander) performs Minutiae – an audio visual performance of cutting images, texts, and glass based on the Diamond Sutra, a Buddhist text in the oldest existing printed book. Last but not least, the Paranural Record performs the Scrying Lights, a work of sound and light based on the occult idea of writing on black glass as a divine ritual.

Performance on 2 February 2020, 5-7 PM ‘The Glittering Pieces of Eight are Only Glass’
Fragments from the eight Diamond Sutra Factory projects are both isolated and intermixed in this third entirely different presentation of performances built around the central installation, including performances by: The Ensemble Todo Modo (Dirk Bruinsma, Alan Purves, Christian Smith and Robert van Hulzen) performing Glassolallia – music made entirely on glass instruments; The Shark Infested Custard featuring Bjork Nielsdorttir & Yan Bicaki & Ensemble; The Afterwards Search Party (Anthony Murell and Andreas Tegnander) performs Minutiae – an audio visual performance of cutting images, texts, and glass based on the Diamond Sutra; Max van der Wal Performance is made up of live camera and sound feedback made on the installation to turn the room into a closed-circuit feedback instrument and the Supernumeraries (Maria Mavridou and Izabella Pacewicz Wsocka) perform VIGIL #1 , #5, #7. Read more in this handout by the Warp. 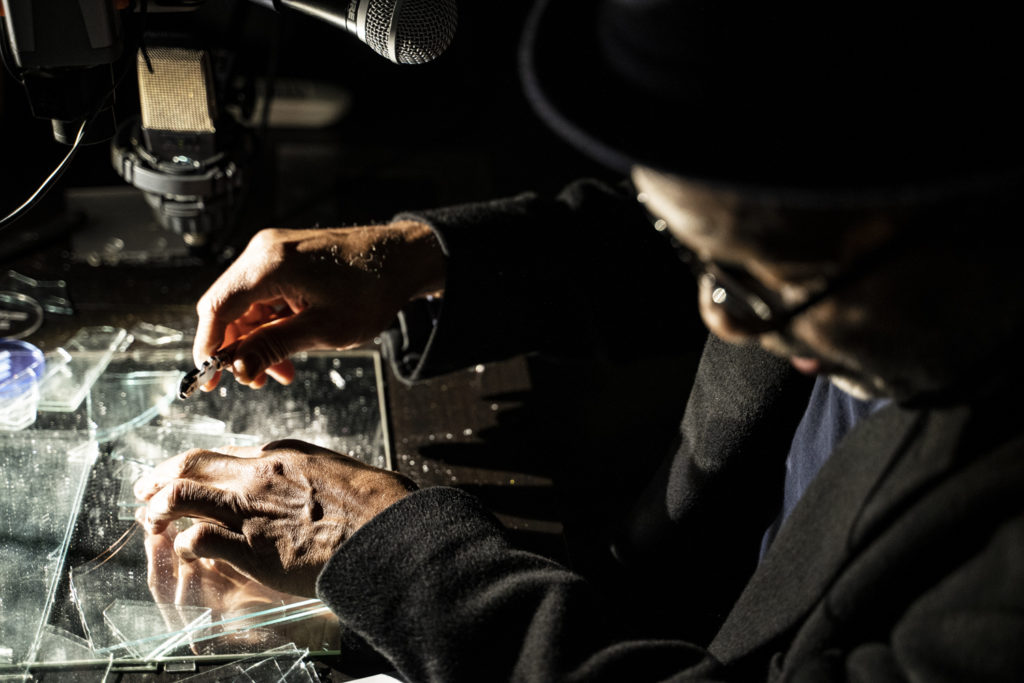 The Scrying Lights by the Paranural Record 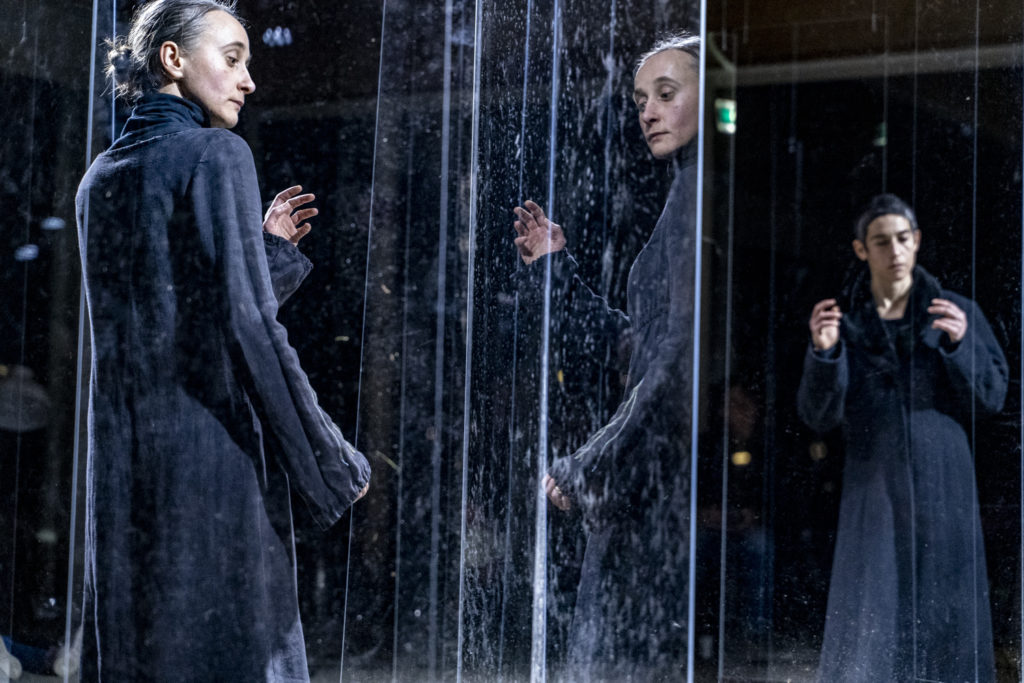 Thru the Glass Darkly by The Supernumeraries 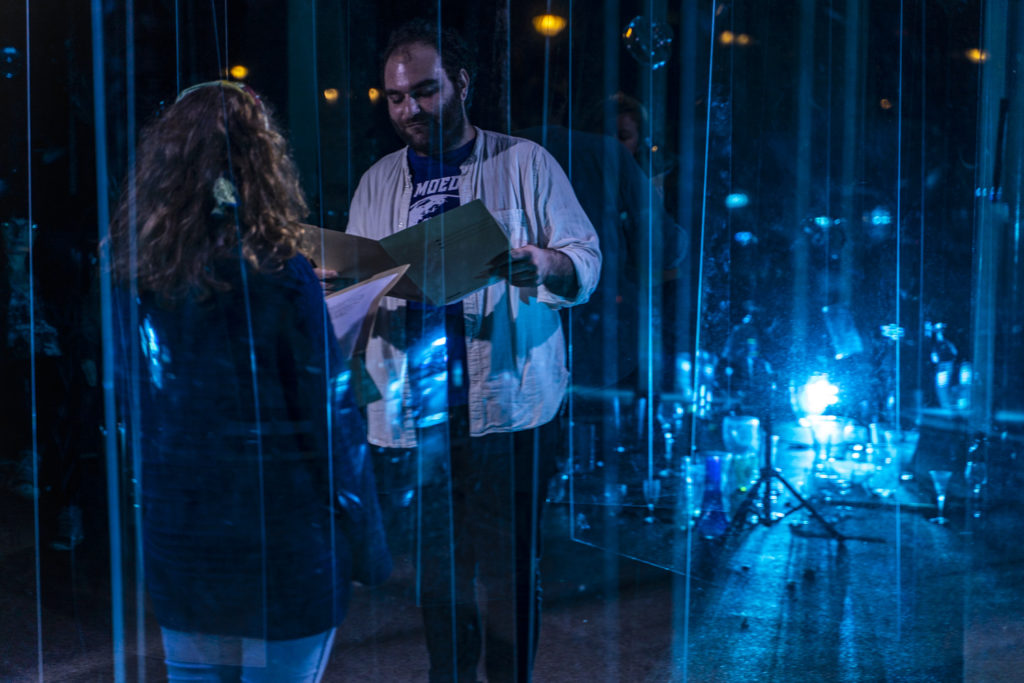 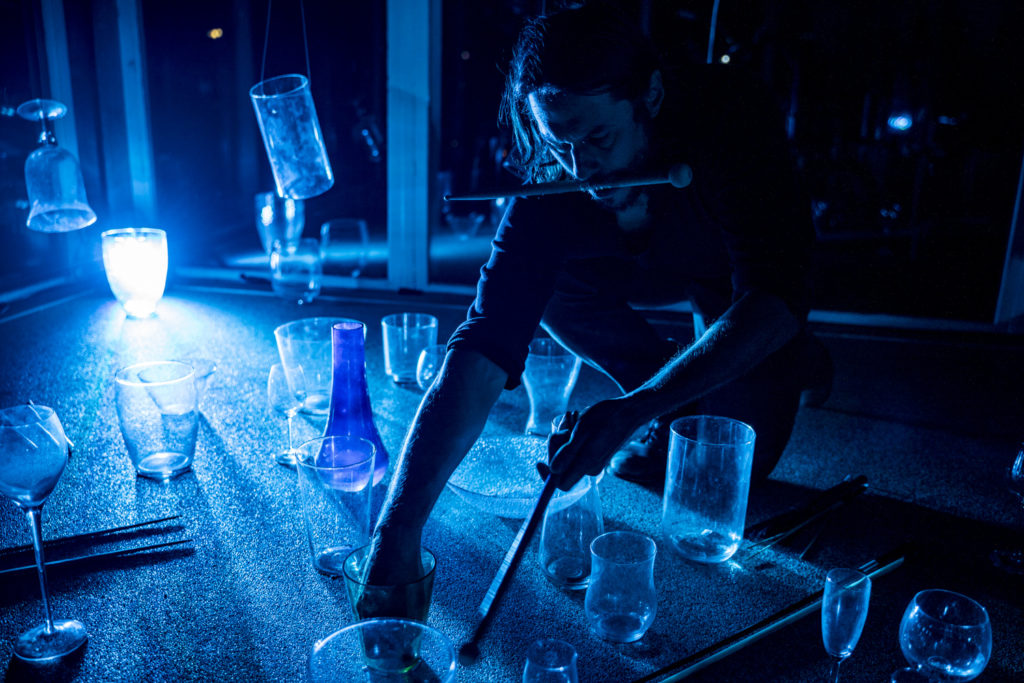 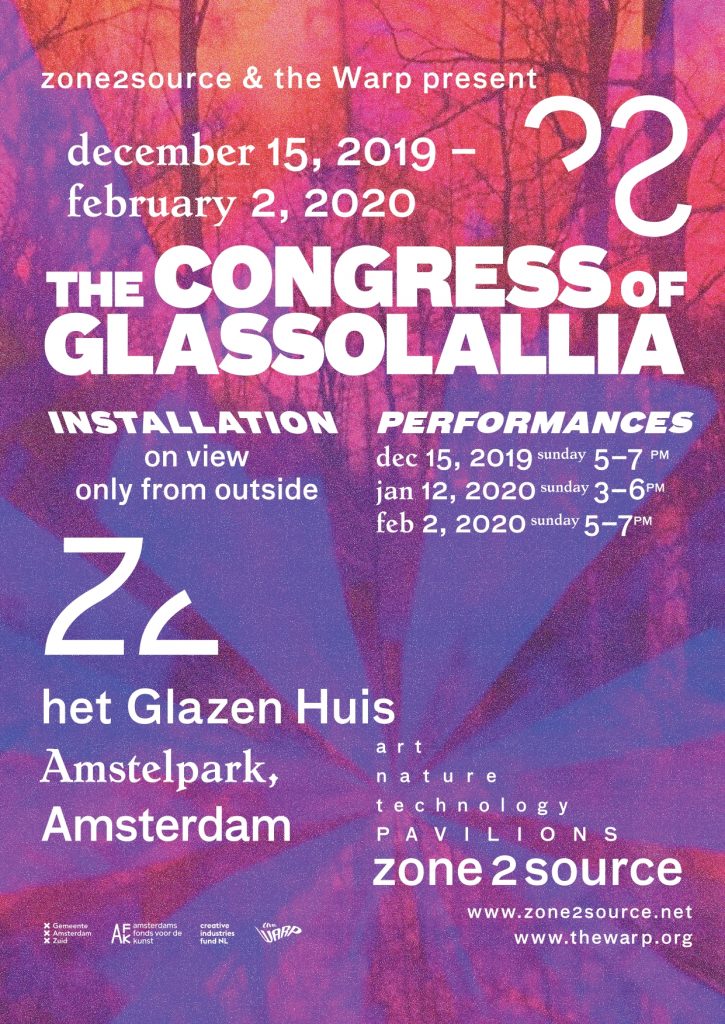