The sound work Floriade Whisperings by the artist duo KCCM (Krijn Christiaansen and Cathelijne Montens) consists of four audio plays on location in which the history of the Amstelpark is told from the perspective of four plants. The work can be listened to in the Amstelpark until 2022 and consists of the testimony of the Boxwood, the memoirs of Lily Gracia and the Japanese Knotweed, the elegy of the weeping beech and the monologue of the Venom Tree.
Scan the QR code on the listening chairs to access the work on a smartphone.

Floriade Whisperings can be heard from November 2020 at four locations in the Amstelpark, the opening of the works was part of Welcome to the Parliament of Things. 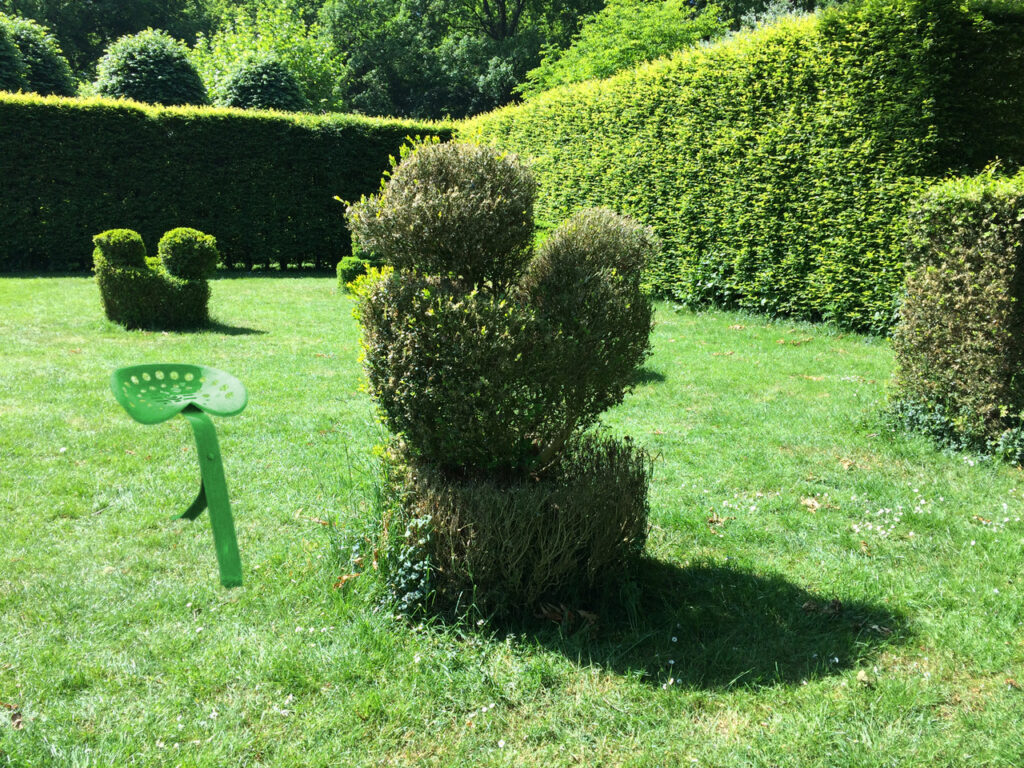 Now that people have recently withdrawn into the cities, there is, just as during the Floriade of 1972, more awareness of other forms of life in the city and the relationship between people and non-people. Floriade whisperings takes place in this context and aims to make people aware of all those other actors and residents of the park in a light-footed, humorous and accessible way. While in the West we have long viewed nature as a backdrop for human actions, it has recently become clear that the backdrop has entered the stage and non-human forms of life are equally actors in our shared living environment. Floriade whisperings plays with this and is a way of introducing people into the perspective of the plants and trees in the park, which are attributed a history, a story and their own experience.

Although the stories are told from their point of view, the tone is anthropocentric. This makes it easier for people to identify with the plants and plants hold up a mirror to people. For the locations of the four audio plays see the map below. The elegy of the weeping beech(1), the monologue of the Venom Tree (2), the memoirs of Lily Gracia and the Japanese Knotweed (3) and The testimony of the Boxwood (4).

This project was developed in collaboration with Zone2Source and made possible in part by:
Amsterdam Fund for the Arts AFK and the Niemeijer Fund Foundation

The artist duo KCCM developed Floriade Whisperings as a result of Exploded View, a year-long research (2018-2020) into the Amstelpark, which consisted of meetings with ecologists, gardeners, policymakers, visitors and archival research into this Floriade park and is partly a continuation of an artist in residence of KCCM at Zone2Source in the Amstelpark (2015).

Floriade Whisperings was developed in collaboration with Zone2Source, an international platform for Art, Nature & Technology in the Amstelpark, Amsterdam. In the coming years Zone2Source wants to develop the Amstelpark into a park for art and ecology and a testing ground for the Chtulucene, in which we practice the intertwining of man and nature. Other works that allow visitors to experience the Amstelpark differently are Plantsoen Sociologie by de Onkruidenier, Buzzbench by AnneMarie van Splunter, Odoshi Cloud Sequence by Ronald van der Meijs, Pit Portal by Karin van Dam, and the soundwalks Secret Garden by Justin Bennett and Audio Dérives by Esther Hoovers. 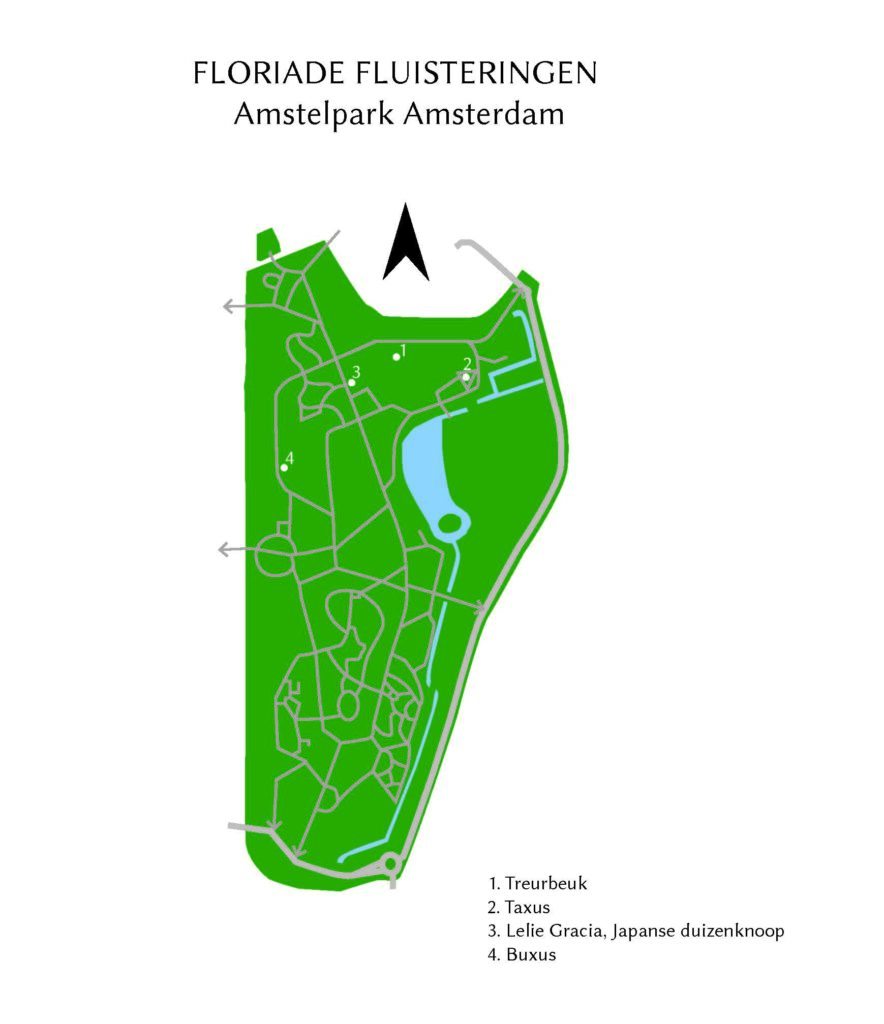