Growing Matter is an exhibition which explores work by artists who use materials in a state of growth to explore processes and relations found in nature which reflect on the creative impulse and the capacity for art to engender an intrinsic content. All of the artists refine this inquiry from distinct perspectives yet their incorporation of natural occurrence brings them into intensive dialogue with one another. 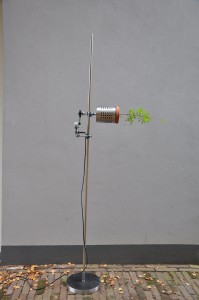 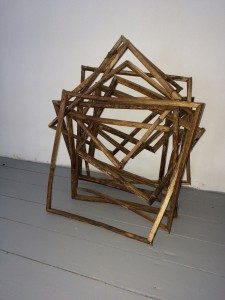 Sjoerd Buisman is fascinated by nature and its laws. In his growing sculptures which were developed in the 1970’s, Sjoerd Buisman uses living plants and trees that he subjects to experiments and observation in order to discover which laws underlie their growth processes. He hangs a plant upside-down to see the leaves grow upward or ties a knot in a willow tree and records how the tree develops. Clynoscope is a work made after a design from 1969 in which a plant is growing horizontally, as the rotating flower pot ensures that gravity is defied. He will also present a later work, Gesloten Silphiumspiraal (ouroboros), made of dried stalk, which visualizes his central theme of the form of growth as a spiral, demonstrated by the leaves on the stalk of a plant. 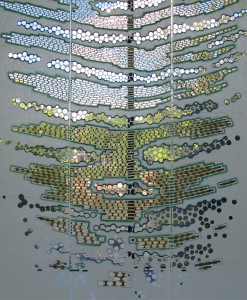 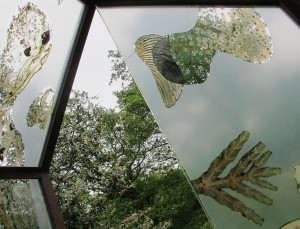 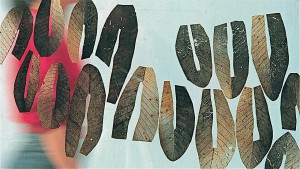 Nikki van Es denudes plant structures by focusing on the smallest possible microscopic details in an attempt to understand the coherence of nature. In her earlier work she works with the living material itself, presented here with Tamme Kastanjeblad in which reworked chestnut leaves are pressed between glass and Berken Baddings in which planks sawn from a birch tree are wrapped into the bark of the birch. In her later work she explores living structures in drawings on transparent mulberry paper which makes it visible from both sides. In the work exhibited, Flood of Photons, light produced by an energy course of photons within chloroplasm sequences is expressed in a long hanging paper scroll. Her work Greenhouse for a Human Being is a house made of glass sheets which reveal algae, leaf material, and seeds in all phases, pressed in between. This work will stand outside of the Glass House as a green room where we can brood on the future. 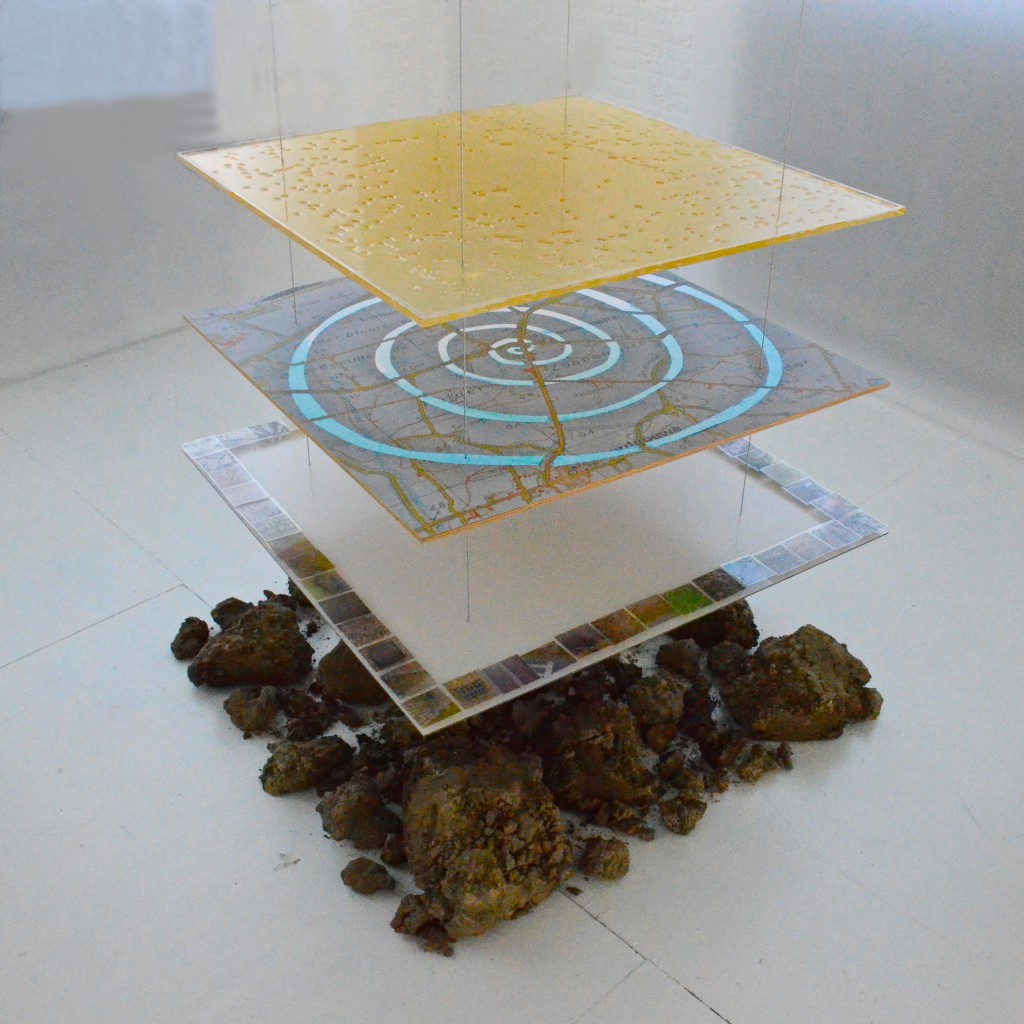 Intensive research into specific locations is the basis of her work. She translates impressions of a site into maps, photos, installations but also in manifestations in which various artists and researches explore a specific area. In The Transformator, Marjolijn Boterenbrood shows results of the research that she conducts in a one year work period at Zone2Source on the hidden aspects of the park in a series of layers. In this installation, one sees the ingredients of the process; earth, peat, honey, skin, minerals along with what plays beneath our feet in the soil and under the surface of the water; the traces and elements which network and form mycelium and the roots of trees. 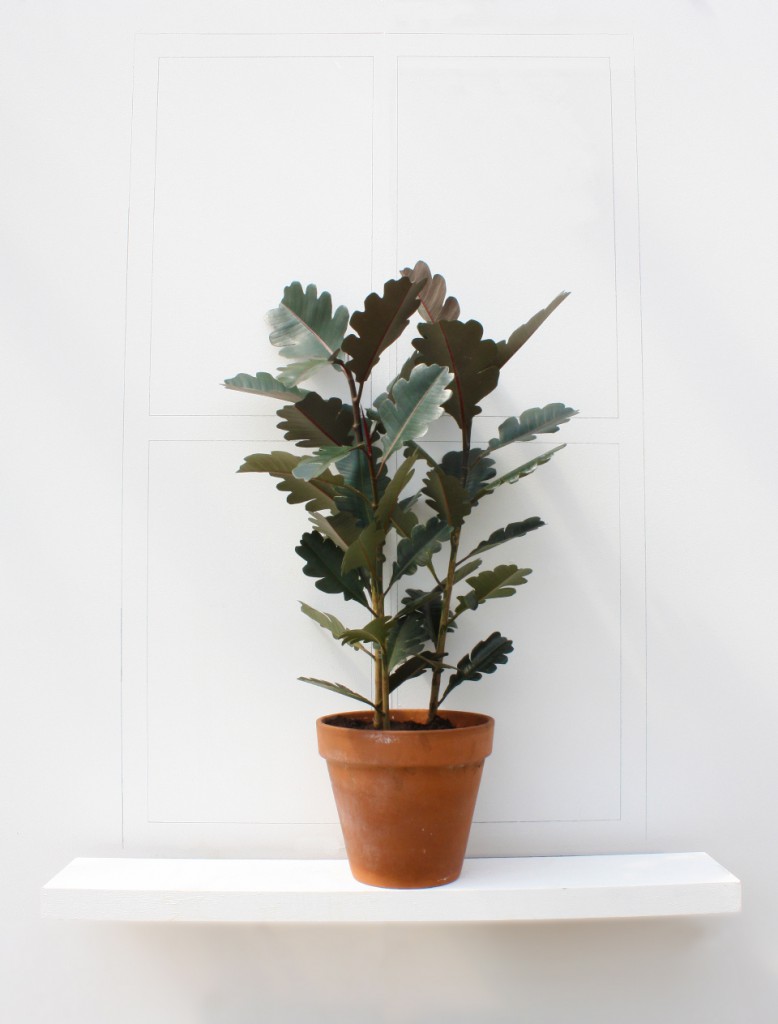 The work of Reinier Lagendijk consists of sculptures, installations and monumental work in which he plays with the formability of nature. He influences growth processes which results in pre-determined shapes. His formal vocabulary consists of archetypical images, combined with humor and poetry, through which he lets nature dialogue with non-natural materials such as steel and plastic. All of his work refers to the cultivation of nature and our landscape. In the installation Untitled 2014 this is explored through various transformations of Sanseverias and Ficus Elastics plants. 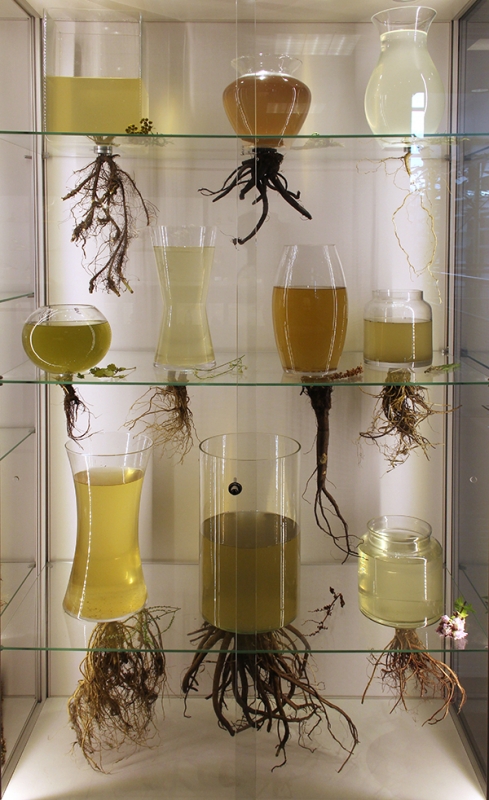 Egied Simons applies scientific principles and tools such as lenses, mirrors, cameras and projectors to present biological material – spider webs, butterfly wings, fish scales to living organisms – in interactive ways. By literally zooming in on the matter that surrounds us, watching reality becomes a cinematic experience. In the backroom of the Glass House he will present Green Waves. Images from a camera outside the pavillion focused on several tree crowns will be projected in the space. The lens is out of focus, details are erased, only the movement and play of colour and light remains. Egied Simons will also display Root Prints, a series of works produced during his work period in the Orangerie. The roots of seeds grow into a specially prepared cloth and form a texture with their own colour and pattern as a signature.