Irene Kopelman
a floor installation connecting us to the geological time of the land
July 4th – September 12th, 2021

Here and Elsewhereis a new sculptural installation by Amsterdam-based artist Irene Kopelman. It seeks to re-establish our connection with the environment by providing an insight into different dimensions of the earth’s geography and our global ecology. The installation is inspired by Kopelman’s ongoing interest in geologic time and scale, and her experience of the outer-space-like landscape of Grand Staircase-Escalante National Monument in the USA.

The installation Here and Elsewhere is 1:1 replica of the concretions (also called Moqui Marbles) found only in this area and on Mars, measured and painstakingly mapped out by the artist during this site visit to Escalante. As an abstraction, the installation is a reconstruction of a selected configuration of concretions, following their exact arrangement and distances in the landscape. Remaking part of this unique landscape Here and Elsewhere transports the experience of its many dimensions to an urban park in Amsterdam.

The exhibition is supported by Amsterdams Fonds voor de Kunst, Stichting Niemeijer Fonds and is realised in collaboration with the Amsterdam based keramiekwerkplaats Koloriet.

Irene Kopelman was born in Cordoba, Argentina, in 1974. She studied at the School of Arts at the National University of Cordoba where she obtained her bachelor’s and master’s degree in painting (1994 – 2002). In 2002, Kopelman was accepted within the two-year international residency program at the Rijksakademie van beeldende Kunsten in Amsterdam. She currently divides her time between Amsterdam, Argentina and the regions where her work and research take her.

In the Netherlands, Kopelman began researching the representations of landscapes as recorded by 18th and 19th century naturalists. This period of exploration, during the age of the Enlightenment, is richly archived in museums across the world.

A series of collaborations within museum collections such as the Geological Museum (Artis, Amsterdam), the Entomological Collection (University of Amsterdam-UvA), the Teylers Museum (Haarlem), the Natural History Museum in London and the Astronomical Observatory in Cordoba (Argentina) led towards various projects. After several years of working with museum collections, Kopelman became curious about the process of personally confronting the landscape. This line of questioning led to projects such as ‘The Levy’s Flight’ (2009), which began with an exploration of the lava-fields in Hawaii’s national park on the Island of Hawaii. In 2010, Kopelman embedded herself within a polar research team on a sailing boat headed to Antarctica from Argentina. She worked plein-air within the Antarctic landscape. ‘50 Metres Distance or More’ was the resulting exhibition that encompassed a series of drawings, paintings and an eponymously titled artist book.

Her interest in interdisciplinary practices led her, together with the artist Mariana Castillo Deball, to form Uqbar Foundation – a platform for constructing dialogue between different fields of knowledge. This resulted in projects such as ‘Zeno Reminder’, an installation at Performa 09, New York (2009) and the exhibition ‘A for Alibi’, de Appel, Amsterdam (2007) amongst others.

Kopelman has always believed in drawing as a tool for understanding the world around her and in art as a form of knowledge. Such a belief-system steered her towards an ongoing collaboration with Roma Publications. A serialised set of artist books titled ‘Notes on Representation’ ensued and continues. Consequent to this view was her pursuit of a Ph.(D) in Fine Arts in partnership with the Utrecht Graduate School of Visual Art and Design and The Finnish Academy of Fine Arts, completed in 2011.

Her proximity to institutions led Kopelman to begin observing the methodologies of scientists at work in the field and ignited curiosity as to how they framed and organized a subject that was vast, essentially dispersed, extremely dynamic and simply too hidden to grasp or approach all at once. This led Kopelman to spend a period of time at Manu Learning Centre, Madre de Dios, Peru in 2012, following which she joined a group of 40 scientists from Malaysia’s Sabah Parks and The Netherlands Centre for Biodiversity Naturalis (NCB) on an expedition to Mount Kinabalu in Malaysia.

One of the main aspects of nature lies in its constant change, creating new forms, patterns and variations. Scientists who study nature identify these patterns and set up large-scale and long-term experiments to follow these changes over the course of time. Working close to them entails the artist entering their rhythm. The process of drawing (actual and metaphorical) while exposed to such constrictions has gradually become one of the core aspects of Kopelman’s practice. 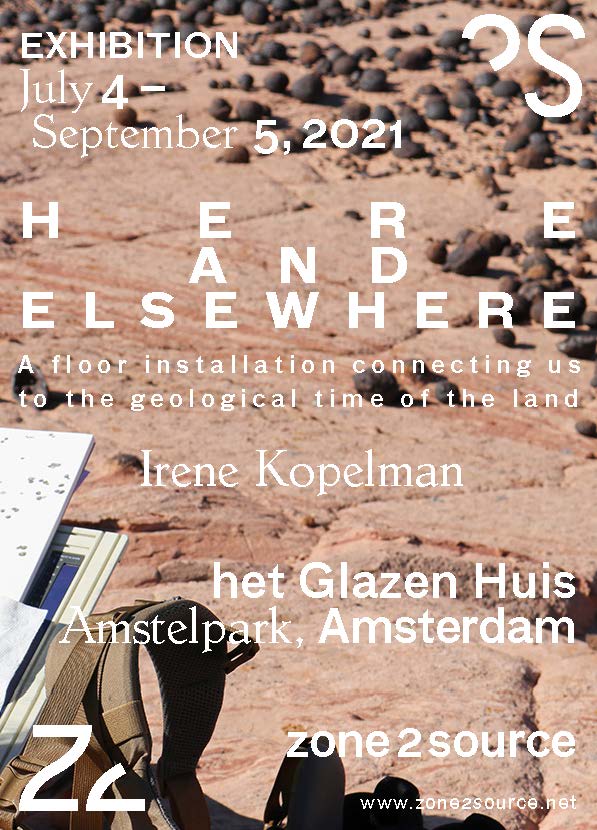