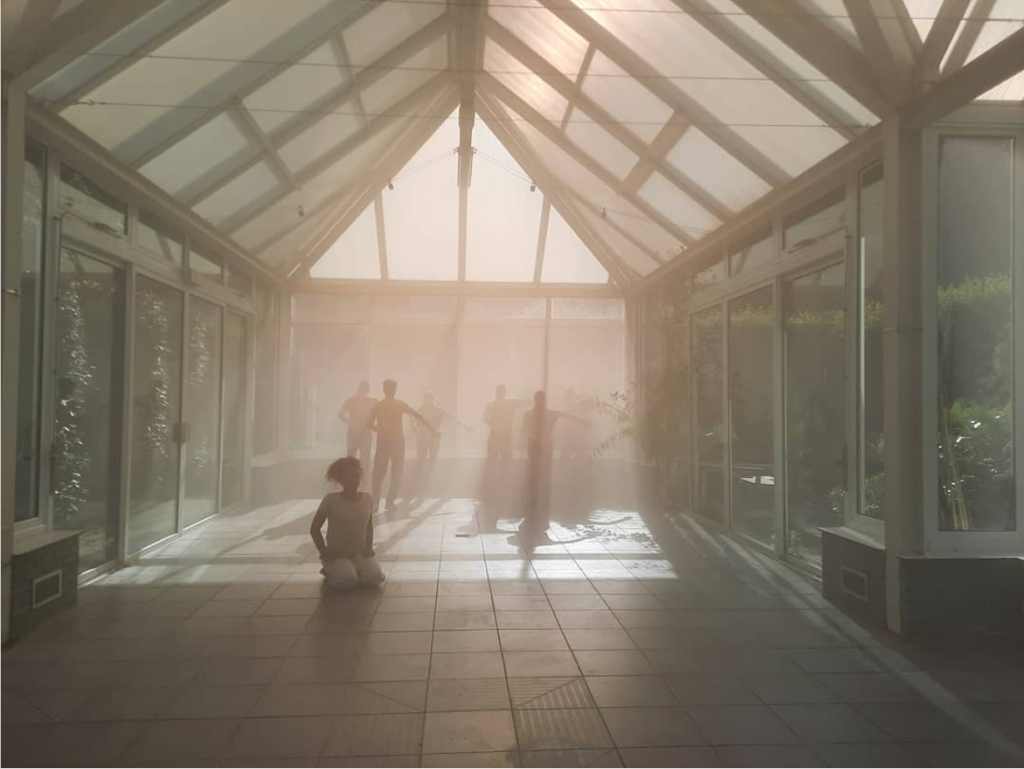 Isabelle Nelson is a Kiwi/New Zealander and her work as a performing artist has led her to work with companies in New Zealand and Europe (Belgium, The Netherlands and Germany). She is based in Amsterdam and working as a freelance performing artist.

Her latest work ‘Mana Ōrite’ is about the traditional Māori world view and the oneness of self and the environment. The work was performed as a solo piece in Germany, Poland, The Netherlands and was programmed in New Zealand in 2020. Nelson’s new work KERN,  performed by dancers from all over the globe is an expansion of her solo work. See the teaser-video she made in June 2021 in the Orangerie below.

Is about the core of a community and what binds us or tears us apart. The work explores themes of interconnection, sustaining others and reciprocity. ‘A person is a person through other people;’ strikes an affirmation of one’s humanity through recognition of an “other” in his or her uniqueness and difference’

In June she will start rehearsals and will record a film of the work in the Orangerie in the Amstelpark. On August 21st there will be a live performance in de Orangerie – at 17:00 and 19:00 (sold out). Tickets for this performance can be purchased through Isabelle’s ticketpage

Choreography: Isabelle Nelson in collaboration with the dancers