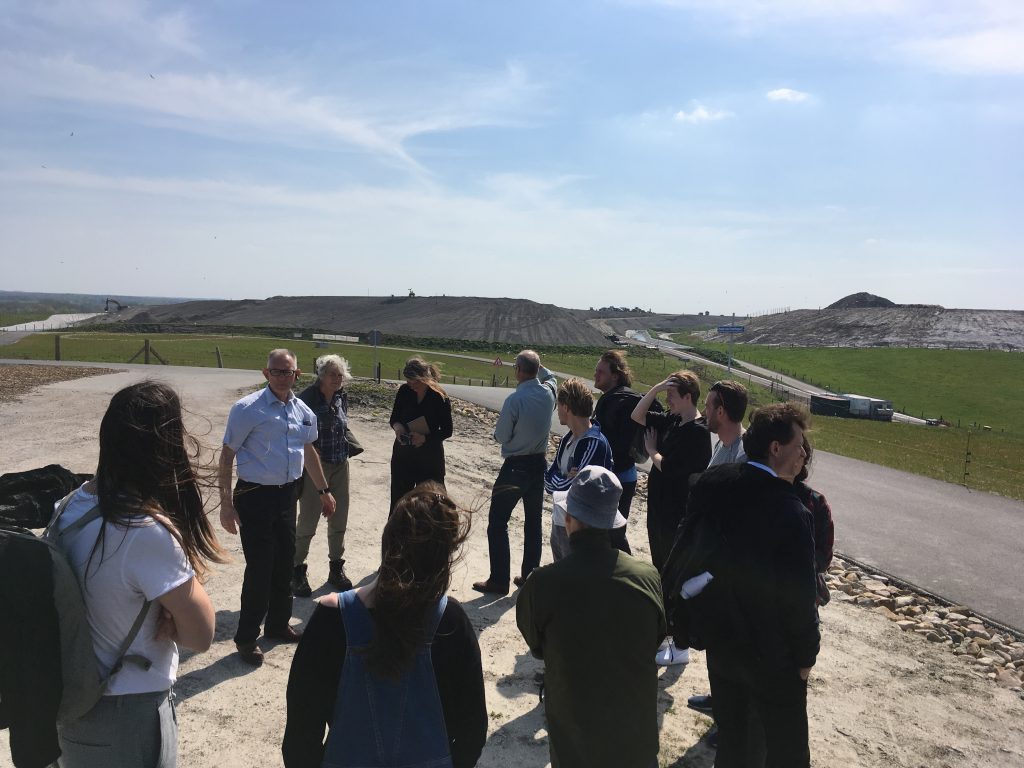 Land (Art) Making is a collaboration between Zone2Source and Land Art Contemporary that researches the interaction between land and humans, and attempts to make the interconnectedness between them experiential. Land (Art) Making invites artists, designers, landscape architects, philosophers, performers and scientists to work together with local experts and use their experience in the development of new knowledge about specific landscapes. Together we research landscapes in which the relationship between human and nature is precariouuch as landfills, which are formed through the accumulation of waste disposed by humans.

The goal of Land (Art) Making is to generate new stories about humans and nature which represent a more symbiotic relationship between humans and nature, focusing on the effects humans can have on nature. We are confronted increasingly more with the impact our actions have on Mother Nature. How can we understand and reconnect with nature in this period of climate change? Land (Art) Making tries to answer these questions and more by making a connection between theory and practice, art/design, and interpretation/reflection. This will be done through the development of artistic research programs on specific landscapes and organizing expert meetings on site. We will be experimenting with multidisciplinary and horizontal knowledge development whilst being in the landscape itself. We explore how effective cooperation between various disciplines and local experts can be facilitated.

Our research projects could produce various results: ranging from a physical intervention to a poem, a performance to a publication, from a meeting to an installation. The public we are focusing on includes foresters, farmers, landscape designers and government officials. We would also like to reach a broader audience as well as the public at large.

The pilot of Land (Art) Making, supported with a starter subsidy by the Stimuleringsfonds Creatieve Industrie, will take place in two landscapes that are formed through the accumulation of human rubbish: the VAM-hill at Wijster in Drenthe, and the chemical waste area at the Diemerpark in Amsterdam. Both locations, one in the middle of the city and the other in the countryside, are distinguished by the presence of rubbish that is tactically hidden beneath nature. Both landscapes represent the dark side of modernity. Until the 19th century, most waste was recycled. Specific connections and systems between the city and the countryside ensured that this process could take place. This system formed the basis of Wijster, which started as a dump for biodegradable material. This changed rapidly after the Second World War, when non-biodegradable waste became the standard. The Diemerpark has to be maintained for eternity, to deal with this permanently poisoned landscape. Both landfills were chosen to be developed into a natural landscape. Only the information signs placed in the Diemerpark and an information center on the VAM-hill indicate what is underfoot..

These two landscapes defined by waste were selected because they clearly indicate the influence humans can have on nature, including the unwanted and dangerous effects our impact may have. With a multidisciplinary group of landscape architects, ecologists, waste-experts and local users, we will conduct research into the past, present, and future of these damaged landscapes. The landscapes will be scrutinized through two perspectives: the history of the local nature and the history of human activities in the area. This pilot will research how location-specific/land-based/multidisciplinary research can take place. With this we will create a method that develops knowledge about field research through an artistic perspective. We will place art and design as research forms next to more formal research disciplines. An important part of this pilot will be experimenting with documentation of the expeditions and making the results public.