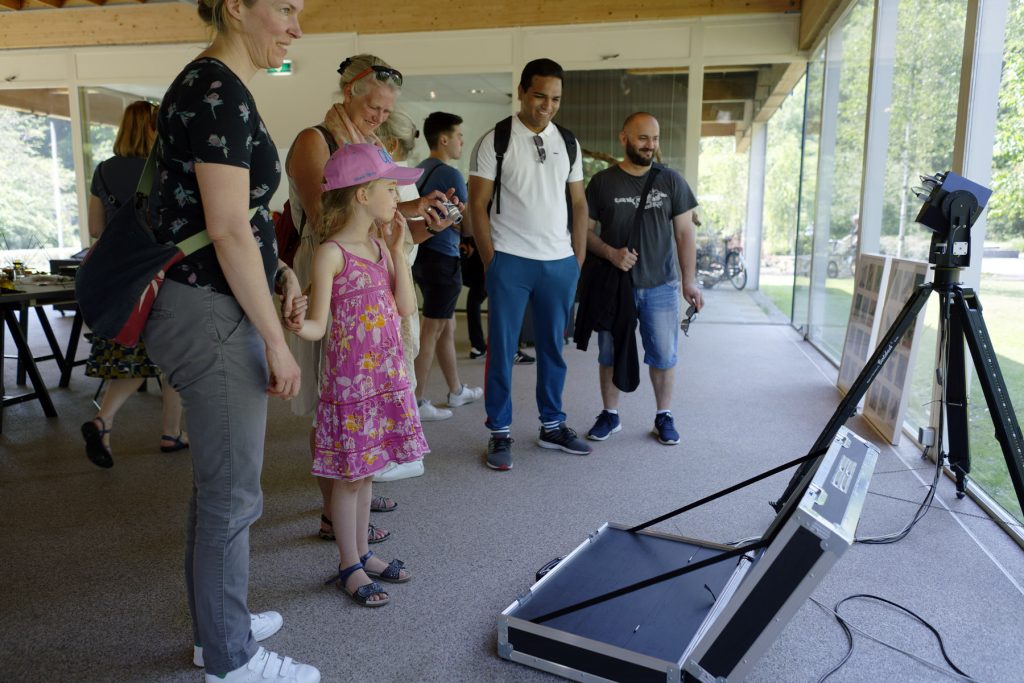 Organised by Theun Karelse (FoAM) en Alice Smits (Zone2Source) in collaboration with ARTIS, Machine Wilderness is a field research program, in-situ prototyping and debate which investigates emerging relationships between technological and natural processes. How can our technologies relate constructively to other living organisms in the ecosystems they are placed in, and make life itself a central value, instead of only being purposed for human beings? In short, can our technologies become nurturing agents? Machine Wilderness invites artists, scientists and engineers, people of all ages and backgrounds to collaborate in transdisciplinary teams for field research and in-situ prototyping.

Fieldwork is a means to address complexity of landscapes, biodiverse communities and natural processes. The premise that technological and cultural innovation happen primarily in controlled laboratory settings or White Cubes seems untenable in the light of rampant degradation of life processes all over the world. Industrialization has led to what biologist E.O. Wilson describes as ‘the Age of Loneliness’: many species of animals, plants and microbes are under extreme pressure or have gone extinct. Machine Wilderness appeals for a different approach to technology, which questions the alledged polarity between nature and technology. Can technologies be developed for or even with other kinds of organisms? What could such forms of environmental empathy, solidarity, allegiance, and kinship look like? Can technology contribute to what environmentalist Paul Kingsnorth describes as ‘the Great Conversation among all life on Earth?’

Machine Wilderness was launched in 2015 as a collaboration between Theun Karelse of FoAM and Alice Smits of Zone2Source with a symposium at ARTIS Royal Zoo. This year we return to ARTIS and organize a collaborative residency program with seven participating artists and designers investigating the relationship between technology and living organisms. Each participant has a work period of a few weeks in the park to experiment, in collaboration with zookeepers, audiences and the inhabitants of ARTIS. Since 1838 ARTIS has been a place investigating the relationships between art, nature and science. Machine Wilderness continues this in a contemporary setting.

Program
Machine Wilderness was initially planned from April until October 2020. Due to Covid19 the program has now been postponed to March – June 2022. Exact times and locations will be announced, please check our website and newsletters for those details.

Participants each work in the park for 2 or 3 weeks. A final presentation will mark the end of their research period, in which they’ll review their findings, observations, frustrations, surprises and emerging questions. Results will also be shown in the Aquarium building, where the exhibition space will function as a temporary base-camp for the participants showing their processes and test-set-ups.

Other public moments are the ZOOmeravonden with interactive demo’s and workshops for all ages and presentations within the context of ARTIS Academy. Each participant will be visible in the park several times a week as ‘blind-dates’ where they work among the public and are open to questions. Machine Wilderness closes with a festive day of live demo’s, experiments, workshops and invited speakers. 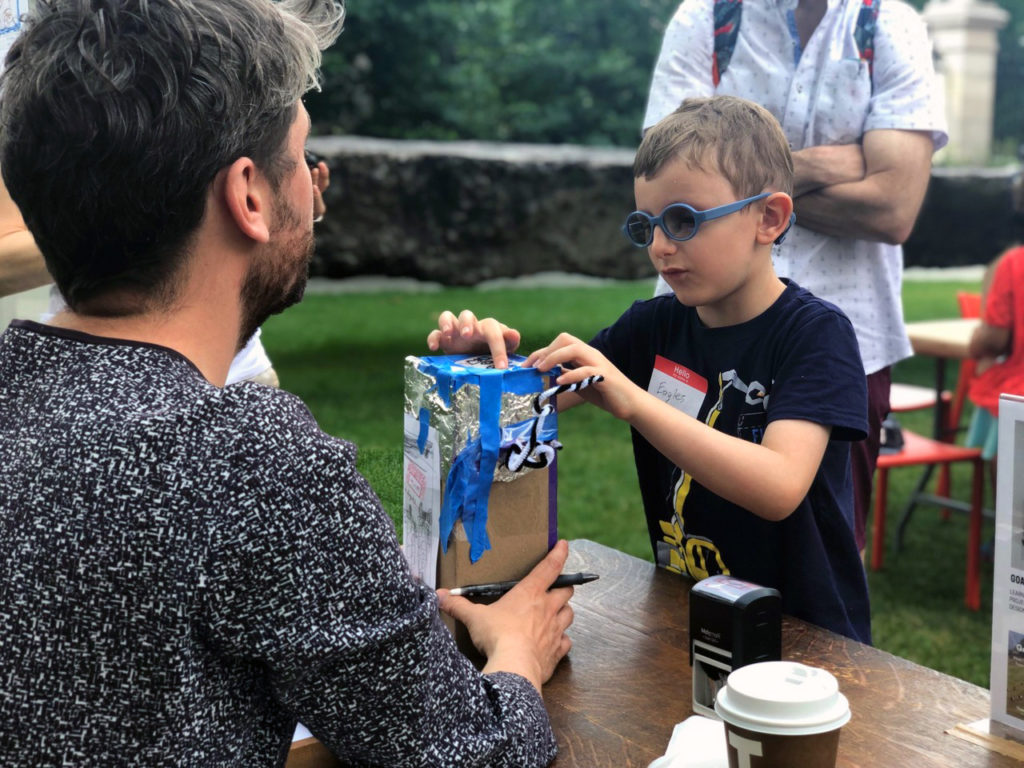 Thomas is interested in the different realities organisms experience and how those realities relate. Within ARTIS design allows for those differing realities to coalesce as much as possible, from the elephant to the ant and from zookeeper to visitor, each having their own behaviors, senses and territories. From behind his temporary design-desk Thomas explores with the audience what design for non-humans could look like and how these diverse realities could come together in an urban context outside of ARTIS? How could exchanges between humans and other species be reciprocal? How do you bridge across variance in perception of scale, timeframes, volume or speed between different species? Audience members of all ages will engage with these kinds of questions  and co-design for multi-species together with Thomas at his desk on the little square just in front of the Gorilla house. 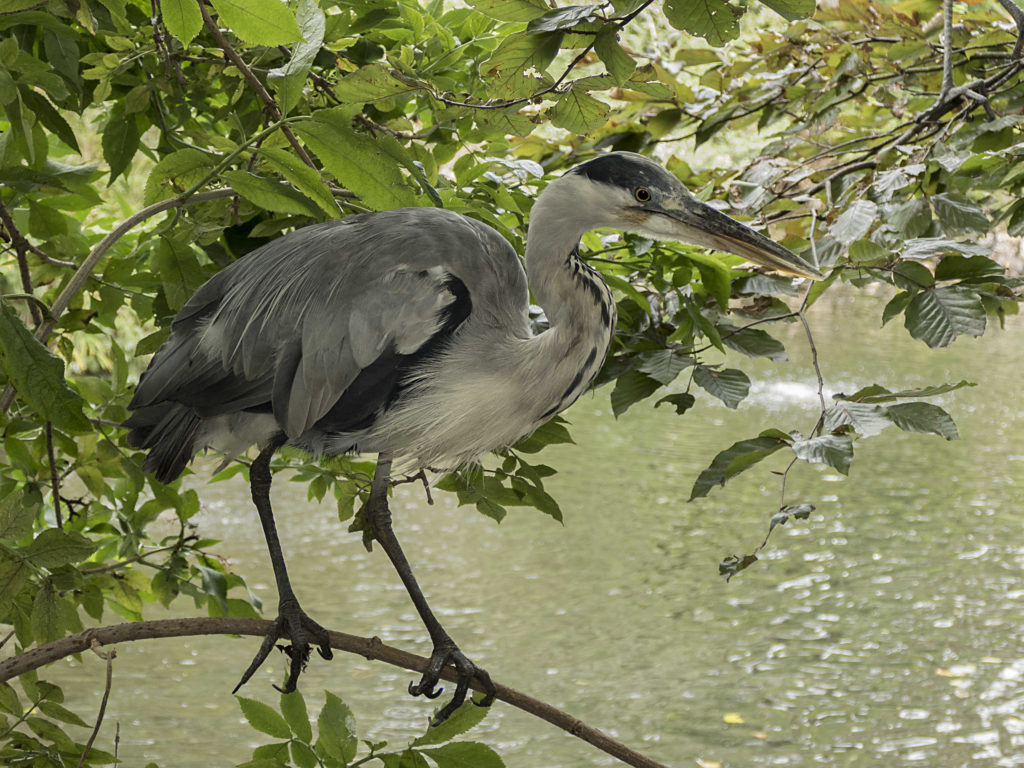 ARTIS residents consist of animals, plants and even microbes which are presented as part of the collection, but there are also more ‘spontaneous guests’ such as pigeons, herons or ants. Heather interprets ARTIS as a ‘perception machine’ which governs what remains seen and unseen. She will shed light on the ‘spontaneous guests’ – the tardigrade, the ant, the heron – within the dynamics of the park. What kinds of interaction emerge from the arrival of these visiting plants and animals? What kinds of inclusive frameworks could we create to help us become aware of all life in ARTIS? Part of this residency will be devoted to identifying and localizing these fellow-inhabitants in the form of performative fieldwork among and with the public. The second part will be more focused on interaction with these less official inhabitants. Small sight-specific interventions and a workshop in collaboration with MICROPIA will encourage the public to take note of these creatures. 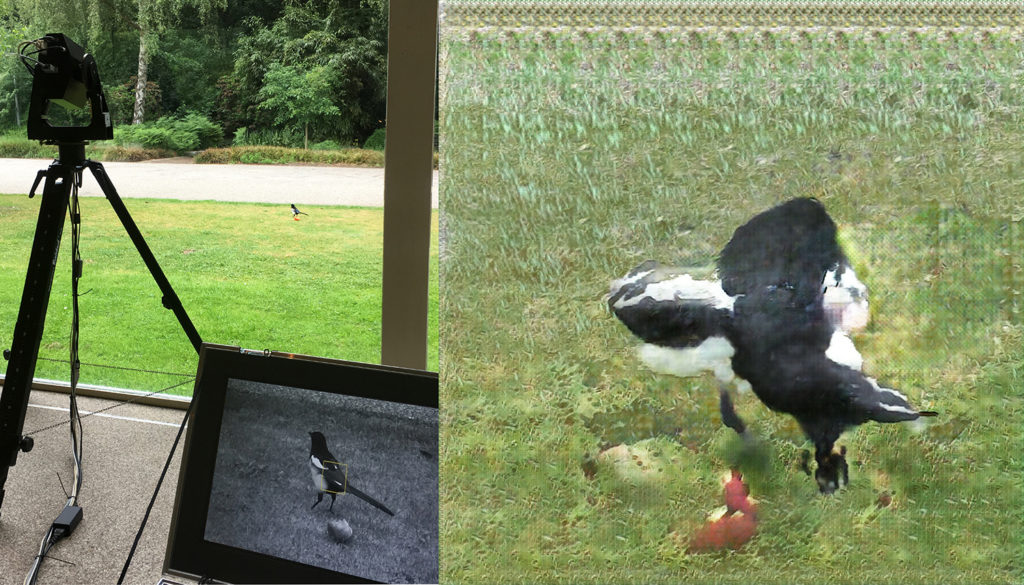 Maria Verstappen and Erwin Driessens work as a duo with technology which can not be completely controlled by the artists. In their project they question if a machine (a generative adverserial network or GAN) can develop a similar preference for and imagination about a black bird as they do. From this idea they build the Spotter. The Spotter consists of a camera and a intelligent computer which learns to observe animals and by making pictures creates its own imagination of what these animals look like. In Artis the Spotter will be introduced to ibex, mandrils and fish within their own habitats. This project focuses on the perception of intelligent machines which need to learn the most miniscule steps of recognition. How can a computer seperate an animal from its environment and how do we do this as humans? The work is placed within a tradition of Artis in which artist observe and depict animals. From an abstract image generated by the Spotter slowly something appears that we recognize as animal. Visitors of Artis can join the artists in their research and follow how the Spotter learns to perceive the animal. 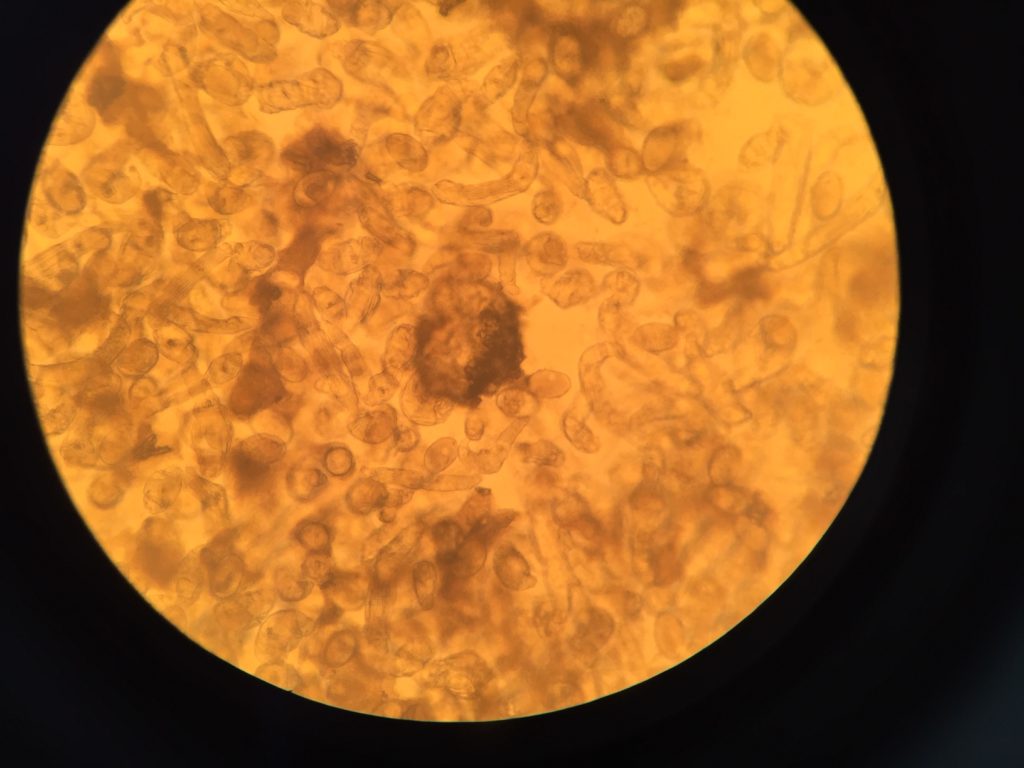 Not only people visit Artis but outside of our vision there is a much larger group of visitors, the microbes of which many different kind s live in Artis, not only in MICROPIA but also in the park itself.  Ivan is an artist-researcher who explores living and hybrid systems. Ivan develops symbiotic machines, in which technology relates to natural process for for example energy production. In his new work he develops the BacterBrain in which microbes propel movement. In his preperatory research Ivan is focusing on microbe populations in Artis: together with students from the Willem de Kooning Academie and scientists of Micropia he will develop a living micro-biotic map of Artis. Which unforeseen movements, routes and sites do they inhabit? Together with MICROPIA a temporary lab will be build in the public space of the zoo where student scan work and visitors can observe and interact. A print of the micro-biotic map will  become part of the newest edition tot he historical map collection of Artis. kijken en vragen stellen. Een afdruk van de microbiotische kaart zal worden opgenomen in de ARTIS-collectie en zo de verzameling historische kaarten aanvullen.

Antti explores in all his work the relation between new technnologies and animals. He usually works with animals in his own direct environment: the pole circle of Finland. This is a very different eco system, with radical different seasons and climate then in Amsterdam. Antti wonder ho wan artificial intelligence deals with the unknown: we interpret something exotic by what we already know, but does a intelligent computer also do that? Antti explores these questions this summer in Rauna Zoo, a zoo in Finland dedicated to polar animals where he will train an A.I. to recognize these animals. What happens if you introduce that neural network in the exotic world of Artis? This project positions itself in a special tradition of artists who pictures animals from far away places in a phantastisc manner. How does a computer see an animal that looks very different then those it is acquainted with? 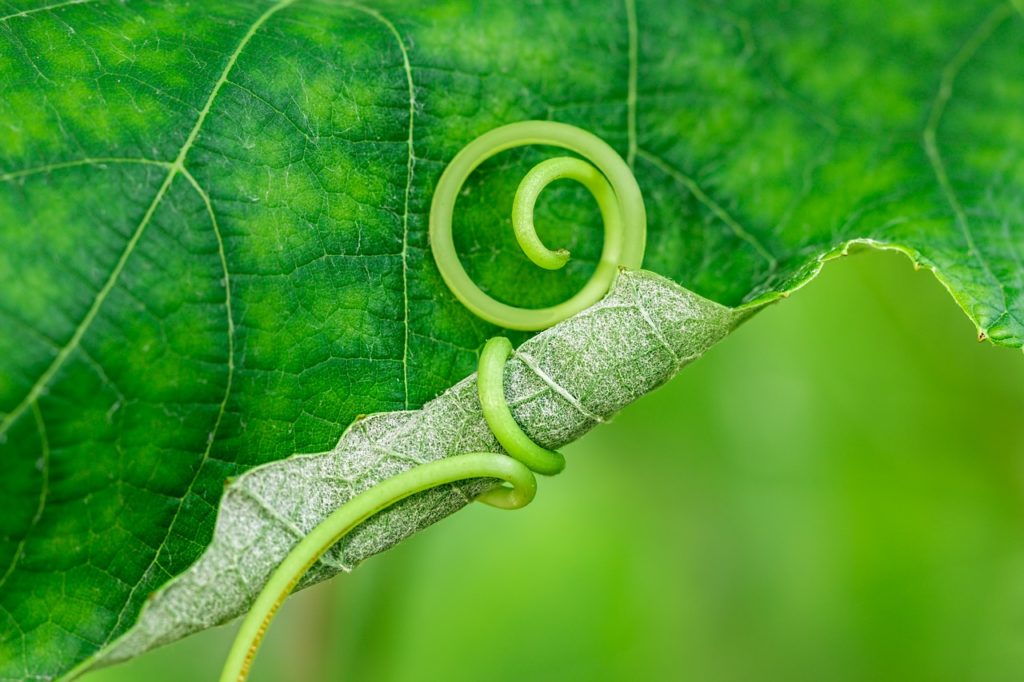 Špela Petric is a biologist and bio-artist who explores relations between machines and plants. In her current research she asks the question: can an A.I. (artificial intelligence) understand a plant better that we can? In a recent work she zoomed with a microscope in on the movements of the skin openings of a plant and had a translator for the deaf lipread their movements. Plants relate to time very differently then we do as humans. Their behavior exist in such a different time scale that it is impossible for humans to perceive, hence we often see them as a backdrop of life, something that exist between object and living being. But a computer is capable of responding tot he small movements in which for example an ivy climbs up with swaying tentacles. Spela will develop a way in which an A.I. and a plant can play tag together. In Artis there are not only animals but also many plant collection. Together with the head of plant maintainance Spela will research the plants in Artis and develop a new phase in her research. 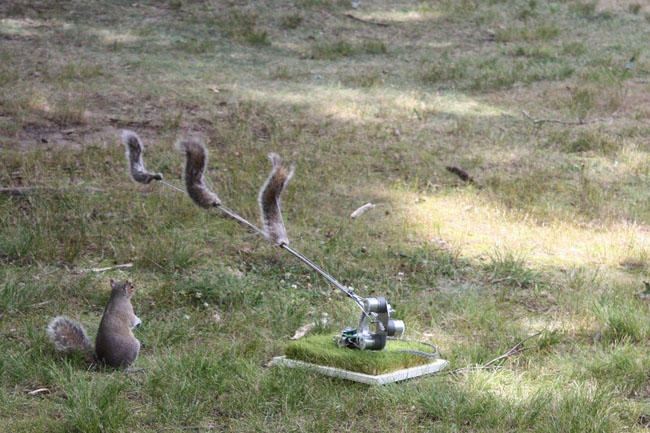 Ian Ingram is an artist from Los Angeles with a great passion for animals. He builds small, very advanced robots that try to communicate with wild animals such as squirls, lizards or crows to explore how machines and animals can relate to eachother more positively. It is not always clear if the animals understand the robots but the efforts to communicate are exciting and give insight in relations between animals, robots and people. Ian’s proposal for Artis focuses on the Victoria crown dove, one of the largest and most magestic among doves.  Ian proposes an experiment in which he will try to develop a translation machine for her winged relatives. This artistic research explores te exchange of signals which exists between animals and species and places the development of technology outside a stricly human context, while also questioning for which audience an art work can be intended for.