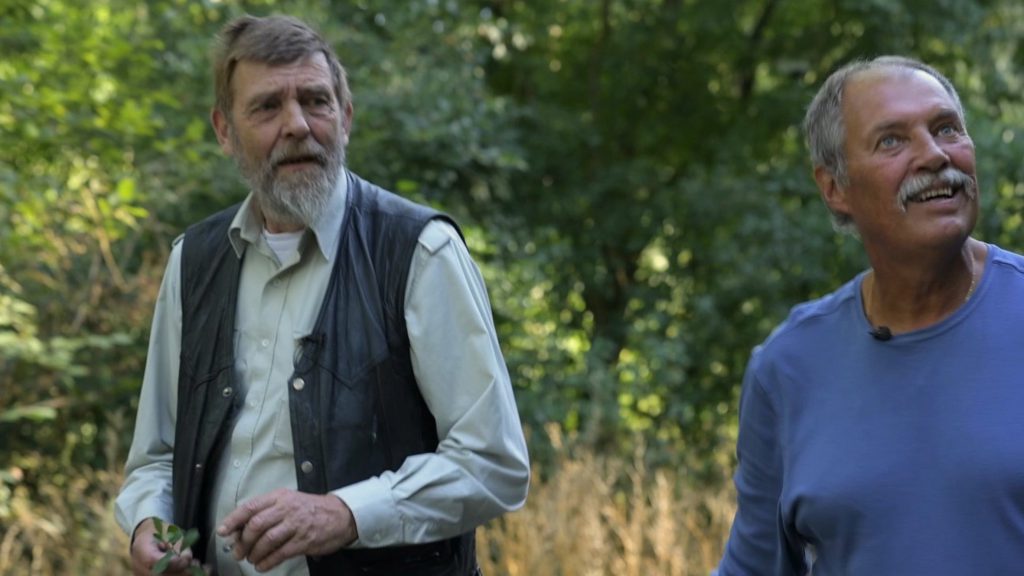 The video Ode aan de Tuinman (Ode to the Gardener) by Irene Fortuyn will be shown in the Rietveld Huis during the Shadow Floriade. The film was made for Irene Fortuyn’s exhibition, De Tuin en de Tuinman (The Garden and the Gardener) in 2017 at Zone2Source. Part of a series of video portraits of the gardeners and policy makers who take care of the Amstelpark, the video introduces visitors to an often unseen side of the park.

The central figure is Nico van der Ree – gardener in the Amstelpark since September 1971, a year before the opening of the Floriade for which the Amstelpark was created – who retired at the end of 2016. Fortuyn not only wanted to pay tribute to Van der Ree but also wanted to delve into the maintenance of the Amstelpark and parks in general. In the film she made with Nico Van der Ree, he leads gardener Klaas Noordhuis, the life partner of the late poet C.O. Jellema, around the Amstelpark.

City park as a community garden

As a former Floriade park, the Amstelpark is a perfect location to investigate how an urban park can be transformed into a community garden in which the people who care for the park are connected with the users, who are usually separated from each other.

The starting point of the 2017 project De Tuin en de Tuinman is the voice of the gardener and the immeasurable source of knowledge they possess, which is rarely accessed, shared or questioned. The underlying question is how the role of the gardener can be revisited as part of a sustainable model of communal management of our public spaces, circular and inclusive rather than hierarchical and exclusive. How can the voice and knowledge of those who care for and carry the history of the land be heard and give impetus to the development and care of the made land and public space?

In 2019 and 2020, Irene Fortuyn and Ketter & Co worked in collaboration with Zone2Source on Tuinbazen (Garden Bosses), a sequel to De Tuin en de Tuinman. Tuinbazen took place in the Amstelpark and several other parks in Amsterdam.