In collaboration with Zone2Source, artist Ronald van der Meijs presented his new work Odoshi Cloud Sequence in het Amstelpark from August 2020 – March 2022. This artwork refers to the nearby Japanese Garden. The weather conditions direct the course of her meditative sound compositions as a reflection on the course of nature. Location: large pond

A symbiosis between nature and culture is created against the backdrop of the Japanese garden in the pond of the Amstelpark. The concept explores new possibilities to generate sound with a western slant that are totally controlled by slow and unexpected elements of nature that are highly respected in Japanese culture but want to be controlled in the west. This interesting contrast creates layering in the artwork and it provides food for thought, discussion and contemplation. This sound artwork combines performance and dialogue with the sun, wind and clouds as a natural sequencer and refers to the Japanese garden culture by using the principle of the Japanese bamboo water tumbler. Due to the direct interaction and clarity of effect, the artwork is accessible to a very wide audience. From art lovers who are invited to the casual park passer-by. In addition, the operation also has a great didactic value because the operating principle is easy to explain to young and old.

Eight installation units fill up slowly independently of each other. Then the pipes tumble and each unit creates a water splash. This movement strikes a vibraphone key whose pure tone slowly dies out. In this unpredictable composition of sound and movement, each unit has a slow and independent rhythm due to a direct water pump connection to its own solar panel. These rhythms in each unit are individually influenced by clouds that block the sun and thus affect the composition and intensity. Like all plants and trees in its environment, the artwork also depends on the natural elements and lives through a kind of photosynthesis. 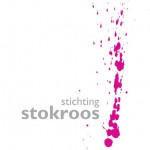 Odoshi Cloud Sequence was developed in collaboration with Zone2Source, an international platform for Art, Nature & Technology in the Amstelpark, Amsterdam. In the coming years Zone2Source wants to develop the Amstelpark into a park for art and ecology and a testing ground for the Chtuluceen, in which we practice the intertwining of man and nature. Other works that allow visitors to experience the Amstelpark differently are Floriade Whisperings by KCCM, Plantsoensociologie by the Onkruidenier, Odoshi Cloud Sequence by Ronald van der Meijs, Pit Portal by Karin van Dam, and the soundwalks; Secret Garden by Justin Bennett and Audio Dérives by Esther Hoovers.