The rocket with seeds from artist Jos Volkers of Ecological Space Engineering is on its way to the Netherlands. Jos left Romania on Tuesday. The first stop of his Bioremediating Missile is Groningen at NP3. After that, the world’s largest seed bomb travels through the Netherlands. Jos Volkers built the missile in Romania based on drawings of a German V2 missile. With the work he wants to draw attention to the environment. The seed bomb can be seen at Zone2Source in the Amstelpark from 15 August to 5 September (read more).

The 14-meter-long rocket has already attracted considerable attention and the NOS already posted a message today. Videos and photos on social media show how the huge rocket is transported over the highway. There was a delay at the Austrian border, not surprising when you drive through Europe with a rocket. 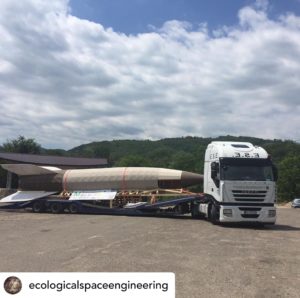 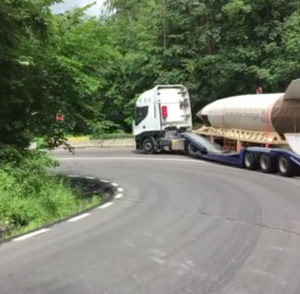 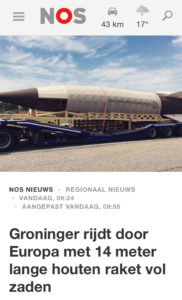