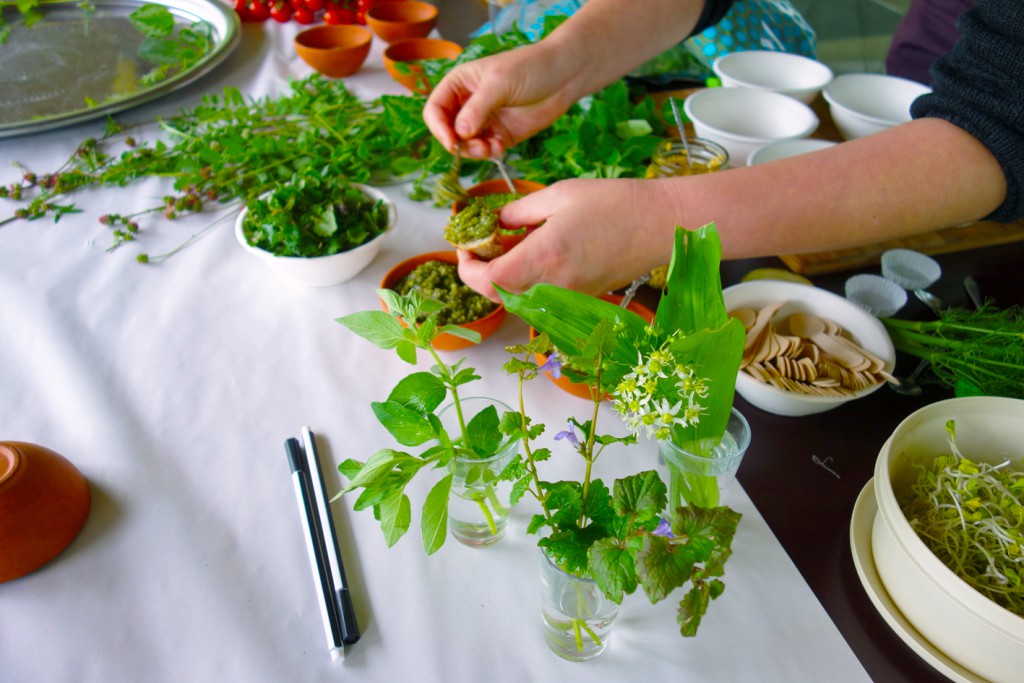 On August 15 De Onkruidenier starts with a series of workshops in which the Amstelpark functions as a supermarket.
During this afternoon De Onkruidenier emphasises the Amstelpark as a deliverer of goods with the ambition to give weeds a new meaning. De Onkruidenier consists of Jonmar van Vlijmen en Ronald Boer and since years they explore the use of urban vegetation in their daily lives. For the Onkruidenier weeds do not exists, many undesirable plants have special qualities which we can use.
At the moment The Netherlands has 4300 supermarkets with the unique situation that everybody can do their shopping within a very short distance. Where before foods were being produced close to the city, the distribution of foods has now become an economical international model which basis itself on excess for the lowest price. But nature close to home seems to have been forgotten. Has nature lost the race for the consumer?
Which product can you find in August on the shelves of the Amstelpark? During an excursion we will map out new functions of the park and we will make a few products in a workshop. We close the workshop with a bite and drink we make ourselves from the park ingredients we collect.

3 PM: assembling at Orangerie and short introduction
3.15 PM: excursion through the Amstelpark
4.30 PM: workshop
5.15 uur: tasting
Would you like to join us?
Register before august 7 at  contact@onkruidenier.nl
costs: 15 euro
Public Program, Workshops/excursions