Time for Nature to Take the Driver’s Seat

As the Covid-19 situation is urging all over the world, people are subject to social distancing –either refraining as much travelling as possible or keeping a distance from other people. It has gotten worse as people are demanded quarantine at home, leading to cancelled events and abandoned gathering venues, etc. 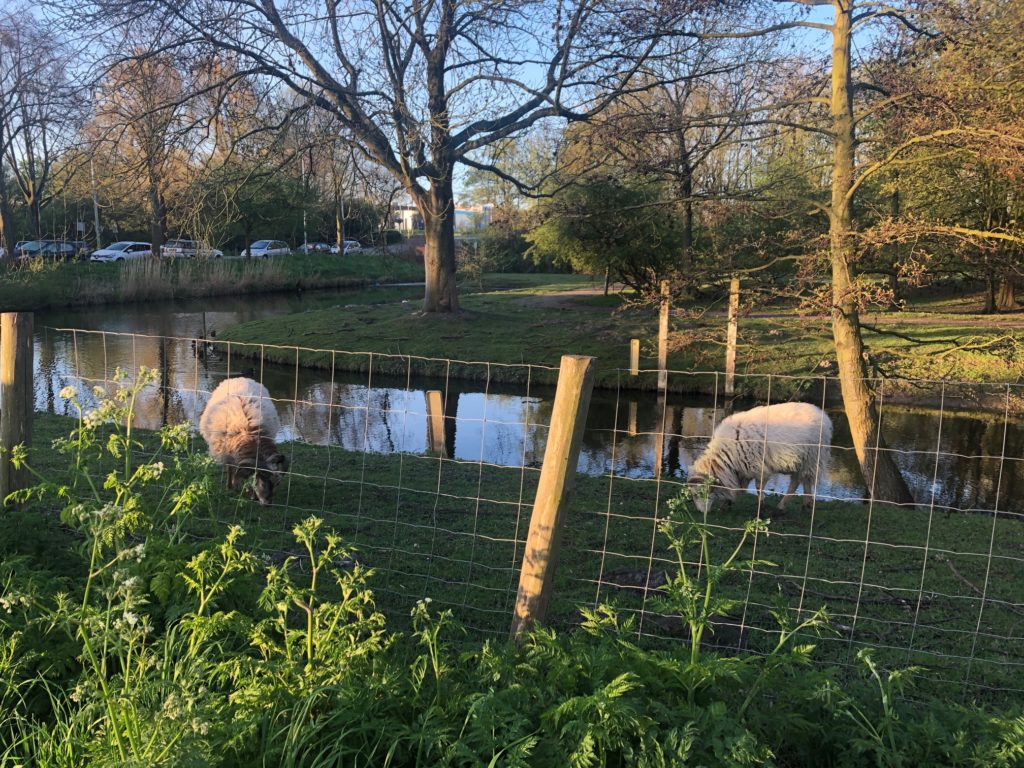 At the very same time that humans desert public areas and recoil into their domestic settings, the urban environment is not empty. It is indeed bursting with spring energy from all other life forms: animals, plants, and flowers. Many images and footages of animals taking over regular human space have been recorded all over the world, from the monkeys in Thailand, coyotes in the US, deer in Japan, to mountain goats in Wales … Though we should be positive and encouraging to news like this, we must stay alert to “fake news” in this sensitive time when information and communication are overwhelming. National Geographic has reported this situation and ascribed it to the fact that humans long for positive news, especially on the global wellness, during the dark time. Then what else do you think contribute to the publication of fake news about nature’s recovery? What does it say about human-nature relationship through the positivity humans receive from the press?

Ironically, now that humans limit their growth and exploitation of natural resources and nature comes to benefits from humans’ inactivity, it seems such an extraordinary experience to us. Indeed it is the natural state of the earth that animals and other life forms rule over the space of the planet. We, as the top-tiered species, deserve our space but not to the point of driving other species to the edge of the earth. It is our normal exploitation and conquest that go against the course of nature. Now that the pandemic keeps humans in check in our domestic settings, it is time for other animals to come back to where they supposedly call “home” as well. After all this, what is the human space on this earth? What justifies as criteria to set up borders between the human space versus animal space? Is it a signal that humans are not in full control of the earth, but only nature has the power to distribute its components?

Geese at Amstelpark in March 2020.

Not only wild animals but also those that are well-acquainted with humans, such as rats and seagulls, are roaming the cities. They leave their regular area to forage for food since their usual food source – humans – is now gone. Some are not lucky enough to find new sources and starve to death. As a result, we can associate this incident with a natural selection process, where animals that can cope with human absence will survive. Ironically, the ability to adapt to human life that once brings these animals closer to survival chance now takes life away from them. From that, should we rethink our way of interacting with city animals? Are humans responsible for the wellness and survival of such animals?

On another note, the quarantine policy challenges people who typically rely on social interactions for energy and mental wellness. It’s been reported that the number of adopted pets has risen dramatically since the start of the pandemic, to reflect the urbaner’s need to be kept companied by pets. While pets help to soothe their owners’ mentality, they need to be outside sometimes for their own sake too. For example, dogs must be active outside a few times a week to stay healthy. By confining pets together with humans, are humans being selfish and violating their rights? How should pets and owners cooperate for mutual benefits during this crisis?

Other than that, the zoo animals are also at a dilemma. Surely they had been kept captive for most of their life before the quarantine happened. Still, now that they are already used to human contacts, it is unusual to remove human presence from the animals’ daily routines. In some zoos, employees have to play as “visitors” to keep the animals up. If it is the case that zoo animals require human interactions, is the issue of ethics in captivity still relevant? Unlike humans and other wild/ stray animals, zoo animals can only stay at the same place even when zoos cannot keep up with staff and resources. To humans, we have been in quarantine for merely weeks, and some of us already feel the devastation stemming from freedom restraints and physical wellness. We need to reflect on the zoo animals that have been in cages for most of their lifetime. It is not only the question of ethics but also of ecological balance. After all, the pandemic dawns on us that we are also just a species that is vulnerable to biological harms and natural selection. Should we still deserve our leadership over this planet? Even when we do, our privilege is the ability to choose to be in quarantine for protection, in contrast to zoo animals which have no free wills at all. For the sake of ecological equality, should we and how do we give zoo animals their free wills?

Besides the absence of human activities as a threat, one reason for this extraordinary transformation is the reviving environmental conditions such as better air and water quality. While it is relieving and inspiring to see nature’s resilience by recovering from human damages, it calls attention to humans’ impact on the environment. How much actually did we do to nature that once we stop, nature immediately rebounds? This recovery is not here to last for long unless humans embark on a decisive and long-term plan, rather than thinking of quarantine as nature’s luck. Then what are our solutions for a more sustainable environment during and after the time of quarantine, when the pandemic would pretty much modify the world’s economic, logistic, political, and ecological operation?

Those are just some of our burning concerns over the issues entailing the pandemic. We are living in an extraordinary occasion that challenges and deconstructs most of our worldviews. Yet it turns out to be also a blessing in disguise since it exposes our negligence and calls for a reassessment. By rethinking our relationship with nature during the crisis, we make way for better acknowledgment of the world we are living in even after the crisis passes.