Collectief Walden sees in the Amstelpark (and the Floriade in particular) the ultimate way of controlling nature. In our research, we want to dedicate ourselves to ‘taming’ nature as an ultimate gesture of the Age of Enlightenment, like the French gardens of Louis XIV were meant as a model of order, transparency and harmony. Which power is greater, the clever inventiveness of human beings or the brutal perseverance of nature? Can you speak of such a duality in times of the Anthropocene? And how does this translate to plants? What are the deeper layers of feelings with regards to domestication? Can we make these visible for our public? Can we speak about friendship or about oppression? About fraternization or domination? 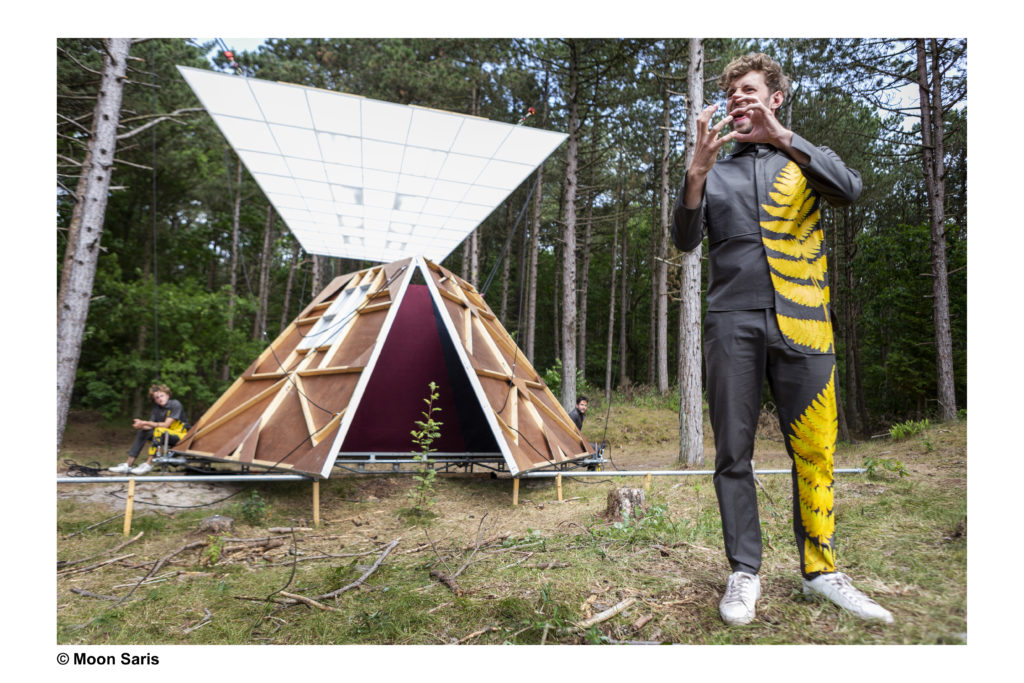 In our research of the Amstelpark, Collectief Walden wants to anticipate our multi annual research theme after 2020, namely Enlightenment; freedom, equality, fraternization, and the relation between human, landscape, energy and Enlightenment. This will result in an interim research presentation in the spring of 2019 and a visual installation fully tailored to the Amstelpark, in autumn 2019. The final result will be a visual spatial installation that also includes research material interwoven in the presentation. During the public moment in spring, we will make the public part of our research, which we will present in short videos. The human/animal/plant relationship has ensured that people settled and built houses, but this changed the environment. To what extent do you change the environment as human being, animal or plant, and to what extent does it change you? Is there a distinction between nature and culture in our designed landscape?

Collectief Walden is an interdisciplinary club of makers and thinkers, which manifests this interdisciplinarity in its method as much as in its form. From our various backgrounds, we like to connect things to each other, ourselves with each other and our public with the visible and sometimes invisible world around them.

We are a philosopher who is also a dramaturg (Hella Godee), a biologist who also makes music (Thijs van Vuure), a mime artist who likes to build decors (René van Bakel) and a creative producer who leads the collective business-wise (Seline Gosling). We like to involve other thinkers, scientists and makers in our research and increasingly also in the end result. In the past year, the predicate ‘collective’ has grown into a wider term than just the combination between the four of us and our four disciplines; it potentially involves everything and everyone. The form of our works varies: we make shows, performances, (side)programmes, installations and visual works which can be shown at remote locations in nature or in theatres in the city centre of Amsterdam.

Collectief Walden cherishes a great fascination for reality, for all that is (already) there. Both the physical, biological, scientific side of this, and the philosophical, political and social side. And in particular the sides that are harder to reach. The sides that often withdraw from our daily life. We see it as our mission to cultivate a certain sensitivity for the beauty and fragility of our communal natural and cultural world. We hope to make active works, rather than activist works, playing with social and politically charged themes in a subtle way, and that stimulate involvement and self reflection.