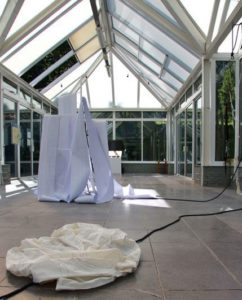 Sissel Marie Tonn has won the Bio Art & Design Award (BAD Award) for the project ‘Becoming a sentinel species’. She showed the work project Cartographies of the vanishing now with Jonathan Reus at Zone2Source in 2016.