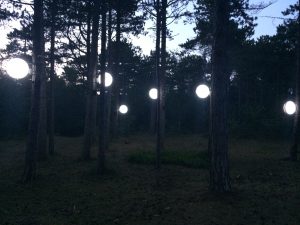 28 August 2019 – After an invitation by the Into The Great Wide Open festival (29 augustus – 1 september 2019) Zone2Source has asked the artist Neal White, Jasper Coppes and Sema Bekirovic to realise a new work on Vlieland. Each artist wrote a blog on their work. The text below was originally published on the ITGWO website.

Art blog: Tiny Love Songs (All our futures are scalable)

British artist Neal White and technician Erik Kearney present their project Tiny Love Songs (All our futures are scalable) at Into The Great Wide Open festival. The duo treats the sounds of nature like love songs of other kinds. In the project, which can be experienced once per hour, a growing choir of sounds inspired by a very small love song can be heard: the song of the mosquito. Below Neal tells about the realization of the work.

Vlieland in May was a rather windy event. ‘Here Comes the Summer’ was in the path of a strong and unrelenting wind coming down off the North Sea. Not only did it make the weather unsettled, it seemed to unsettle the natural environment; birds, and insects had largely gone to ground. It is difficult to stay in flight if you are small, and any wind can force a moth or a mosquito to take shelter. Here amongst the woodland, there was plenty of hiding places amongst the pine and birches. Although a seemingly natural shelter, this woodland is in fact largely planted as a form of wind-break, a geomorphological anchor to stop the further erosion or movement of the dry, sandy soil of the island itself.

Hunkering down in the dunes around the log burners and listening to music in the huddling crowds, I started to think further about how we develop our own musical tastes, the kinds of music we like individually, and the role this plays in our emotional, personal and then social lives. I wondered then about the sounds and calls of creatures that live at a very different scale to us, and how we might understand their songs. In particular I started to think a form of life that has been on my mind a lot recently, insects. As we know, the use of pesticides and other chemicals, as well as changes to habitat, has had a very significant impact on populations of bees, wasps, flies, moths and other flying insects across Northern Europe. I wondered what has been lost to nature, as the tiny love songs of their own species fall silent.

As an artist, I have become increasingly interested in the shift from natural to post-natural environments. By this I mean not only how we alter the natural world indirectly as humans through our own activities, or in terms of climate change, but how we are starting to directly alter life itself, at a molecular level. And so, I was reminded of a genetically modified mosquito I had stumbled across in some recent research into post natural organisms being developed in the UK – the Friendly MosquitoTM – aka Aedes aegypti.

This new form of life, a genetically modified organism, is now being released in its millions into the wild globally (Brazil, Cayman Islands, Panama etc) in the valuable attempt to halt the spread of viruses such as Zika, Dengue etc. Mosquitos love songs are generated by the very high frequencies of their wing beats, as they tune to one another in the hope that can couple in mid-air. For this creature however, their love song is futile.

The organism is designed by Oxitec is anti-evolutionary, due to the very specific genetic modification that has taken place. The offspring of the Friendly Mosquito do not live, and so the cycle of their lives ends. It is clearly a biomedical advance, that can potentially halt the spread of deadly pathogens through the planned local extinction of a species for which we have little emotional attachment, except perhaps a justified fear and loathing. However, it is a new form of life whose love song is full of tragedy.

So, along with my current collaborators at Office of Experiments; Erik Kearney and Bill Thompson, we are bringing to the island an audio-visual work, whose regular hourly schedule is marked out both by the love song of this new form of mosquito, but also the silence that falls between its song.

Erik and I are currently building a number of units, that use custom built electronics to track overhead GPS satellites to time themselves exactly to play together on the hour. Each unit, independent yet connected is programmed to render through sound and light one part of a composition being developed by Bill. We have been studying research papers and recordings of the tiny Aedis Aegypti and are using the frequencies and resonant pitch of the mosquito to create this new work. The difference between these two elements of the project, the science that lead to a Global Positioning System, and the impact on the earth of the Friendly MosquitoTM, is part of what some experts are calling a scalar narrative.

Reframing our own sensory/temporal perception of other life, our intention is to create a new work situated in the context of ITGWO festival that will remind visitors of the current fate of life at all levels and all scales. Some love songs are heroic, full of love and passion, others are full of irony or even pathos. If all our futures are possible, then many believe these futures are also scalable, to all forms of life. The process of life is messy, and we need to reflect on the tension between biomedical and environmental ethics, whilst addressing the need to develop empathy and emotional connection with all living processes, for the sake of all our possible futures. 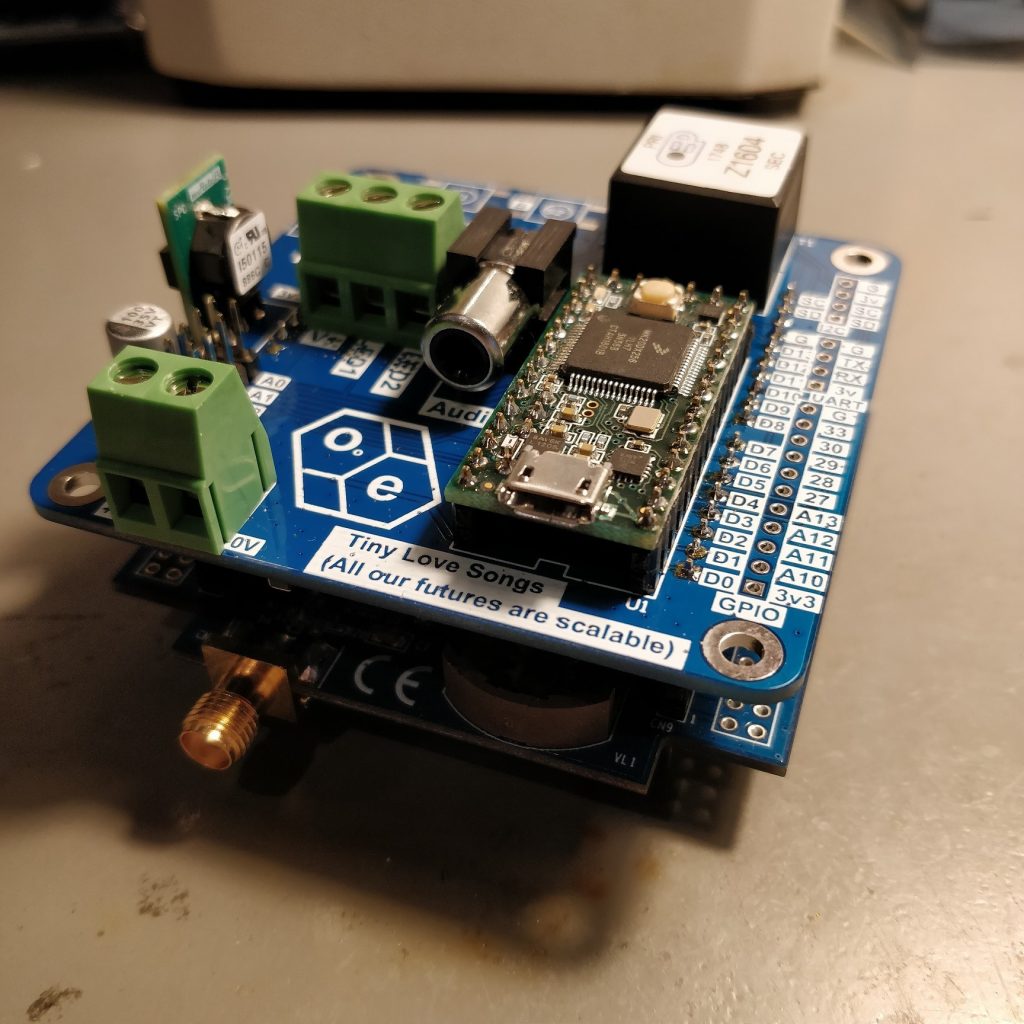 Custom built unit with GPS that will control light and sound for the project. Design and build, image by Erik Kearney.

Neal White participates to Zone2Source’s program in the Amstelpark, Amsterdam. For Possible Futures, they have asked three artists under the title Imagining Radical Assemblies to develop a new work for Vlieland in which our relationship and sensitivity to different lives are investigated. How can we imagine a more inclusive future in which life is not the focus but human life? This is a theme that Zone2Source is researching in various exhibitions and programs. From 2020 Zone2Source will develop a multi-year School for Interspecies Knowledges in the Amstelpark. For Radical Assemblies, in addition to Neal White, Jasper Coppes and Sema Bekirovic i.s.m Jan-Pieter Karper will also present installations on this theme during ITGWO 2019.